History of the Great North Road

The following sections take a look at how Britain’s “North Road” developed from its Roman roots as Ermine Street and Dere Street through to the modern day A1. 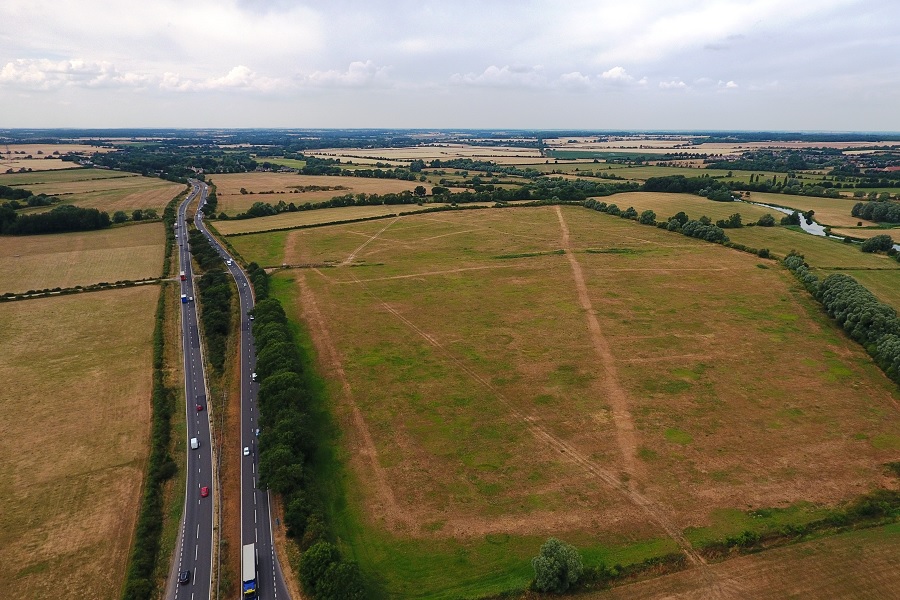 The A1 / Great North Road to the left. Ermine Street to the right heading north from Durobrivae (Peterborough). 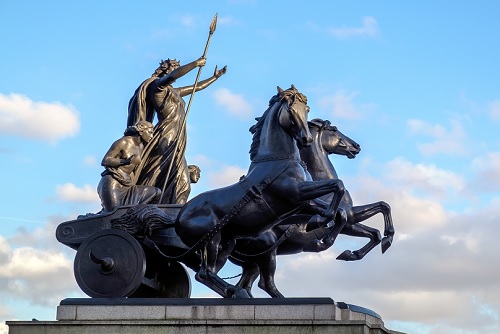 Iron Age leader, Boudicca as portrayed by Thomas Thorneycroft in 1902.

We know little about the prehistoric road map of Britain, but it is clear that there was communication across long distances and there was trade in key commodities such as flints and tin. With the advent of wheeled vehicles from the late Bronze Age it is conceivable that ancient tracks and drove ways would have started their evolution to what we might regard as a road. During the Iron Age there were regionally based tribal groups, with territories often delineated by rivers. “Roads” would have reflected this regional structure.

After the invasion of AD 43 the Roman army pushed north and west securing “bridgeheads” as they crossed major rivers. They brought with them new road and bridge building technologies – and they were able to marshal the local labour necessary for large scale civil engineering projects. The Romans were in Britain on a mission and they needed fast and reliable communication over long distances. The growth of towns, the exploitation of resources and the ongoing need to reach disputed borders all helped stimulate a comprehensive road network over the next 350 years.

The route north from London to Lincoln, York, Hadrian’s Wall and beyond was well established. We have retrospectively come to know the southern section as “Ermine Street” and the northern section, “Dere Street”.

As Roman influence waned in the 5th century so use of the road network diminished and key elements such as bridges were no longer maintained.

The Saxon and Medieval North Road 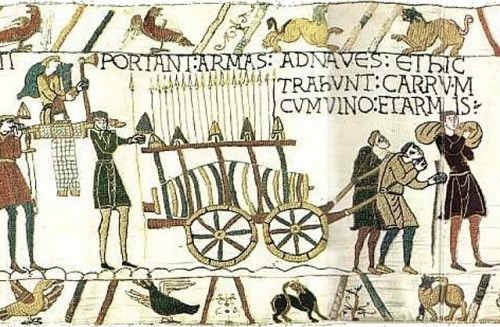 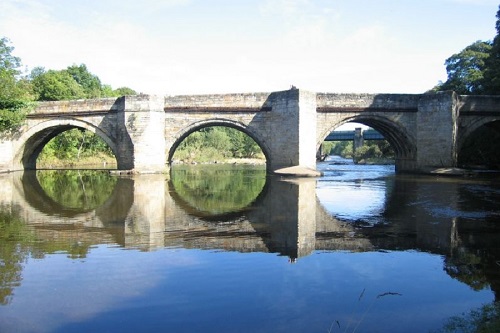 The Sunderland Bridge over the Wear dates from the 14th century

The imperial drivers of control and exploitation may have eased for a few centuries and the importance of north-south arterial routes reduced. However, there were plenty of societal changes which meant roads remained important even if less well cared for. Settlement patterns were changing: new villages and towns emerged – some with periodic markets. New regional kingdoms developed and coalesced. The Christian church became firmly established – with important centres in York and Canterbury.

Arrival of the Normans renewed the strategic need for effective nationwide routes. Bridge building and vehicle technologies moved slowly forward. Longer distance trade in a range of both agricultural and industrial products grew. The Scots remained a persistent reminder of the need to be able to travel quickly from London to the north.

The route north from London continued to follow the line of Ermine Street via Waltham Cross, Ware and Royston. We refer to this as “The Old North Road”. 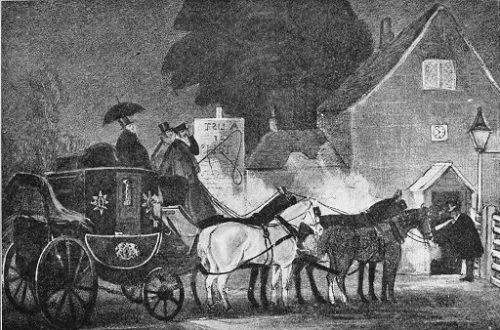 Stage Coach at turnpike gate from a contemporary lithograph 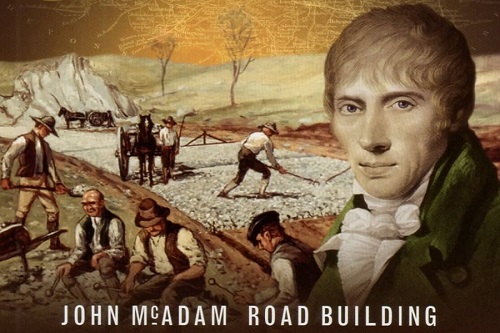 In the early 17th century the first stage coach routes were established and Charles I introduced the first public mail service. Comprehensive road maps were produced by Ogilby and others.

Increasingly, road transport in Britain was seen to be inadequate and a new system for its funding and organisation was apparent. The first turnpikes appeared in the 1660s and there was a rapid spread over the next 100 years.

The route from London to Alconbury via Stevenage and Baldock was developed towards the end of the 17th century – to give us “The Great North Road” which became familiar to stage coach passengers for 150 years.

Then came rapid urbanisation and industrialisation. With it, new road building technologies – not to mention new materials for bridges and the first powered vehicles.

Motor Vehicles and the A1 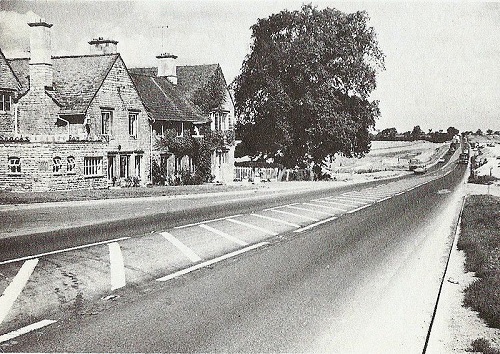 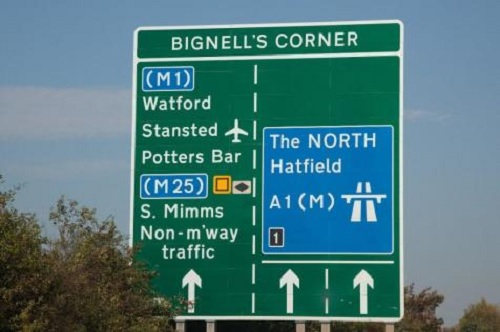 A tantalising escape route for Londoners

Inland trade and travel had already been revolutionised by the railways, but arrival of the internal combustion engine did so again. As horse drawn vehicles were displaced and motor vehicles became ever faster so the whole concept of a road was re-written.

In the first half of the 20th century a series of radial routes from London were designated as the primary arteries of the new system. The Great North Road became the A1.

In the second half of the 20th century as traffic and congestion increased the emphasis was placed on dual-carriageways and motorways to by-pass the towns and cities which had for centuries grown hand in glove with the Great North Road.

Not Just One Route!

As you browse this website you will soon see we use the term Great North Road in a rather loose way. Depending on the century you may or may not have visited Royston, Lincoln or York as you travelled the length of the country. There is a braid of routes and we aim to be as inclusive as possible!
Find Out More