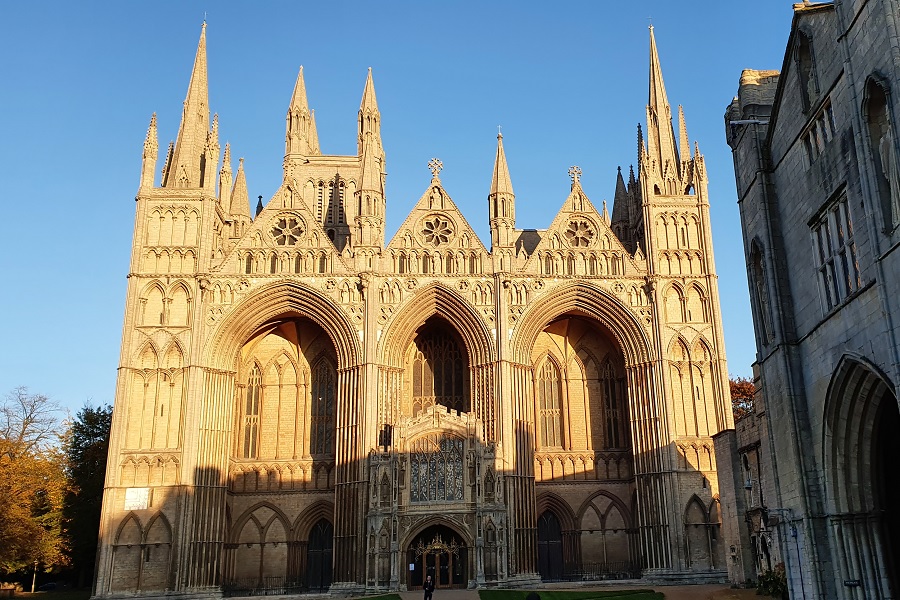 Peterborough and the Great North Road

It’s not on the Great North Road you may say. Well in coaching days that’s true for the route kept to dryer ground to the west between Norman Cross and Stamford. However, the Roman precursor to Peterborough (Durobrivae) lies just by the Great North Road at Chesterton – and today’s rapidly expanding city has spread out to meet the current A1.

The Saxons established a village called Medehamstede (meadow homestead) on the site of the current city. About 655 an abbey was built next to it. However this abbey was plundered by the Danes in 870 and was then abandoned.

A new abbey was built in 972 and a village grew up nearby. About 1000 AD a wall was built around the settlement to protect it from marauding Danes. It was called St Peters Burgh. (Burgh was the Saxon word for a fortified settlement.) The Abbot allowed the people of the nearby village to have a market. Soon Peterborough grew into a small town.

In 1070 an army of Danes landed in Eastern England and some Saxons joined them in an attempt to overthrow William the Conqueror. They sacked the abbey at Peterborough and burned the town. However Peterborough soon recovered from the disaster and was rebuilt.

In Medieval Peterborough the main industry was weaving wool. Apart from the markets from the late 12th century Peterborough also had an annual fair, and from the mid 15th Century it had two.

In 1308 Peterborough’s first wooden bridge over the river Nene replaced an earlier ford. The current 1934 town bridge continued to carry the A15 route north towards Lincoln until the 1980s.

Today, the magnificent cathedral forms a small medieval hub around which successive phases of growth and industry have left their mark. In the 19th Century the railways stimulated rapid growth. The longstanding brick industry was given a boost at the turn of the 20th Century with new processes which resulted in Fletton bricks becoming the most ubiquitous across the country. A series of major engineering companies such as Perkins became the major employers into the later 20th Century. Then as one of the last “New Towns” recent growth has been driven by industries such as insurance and warehousing.

Peterborough Then and Now 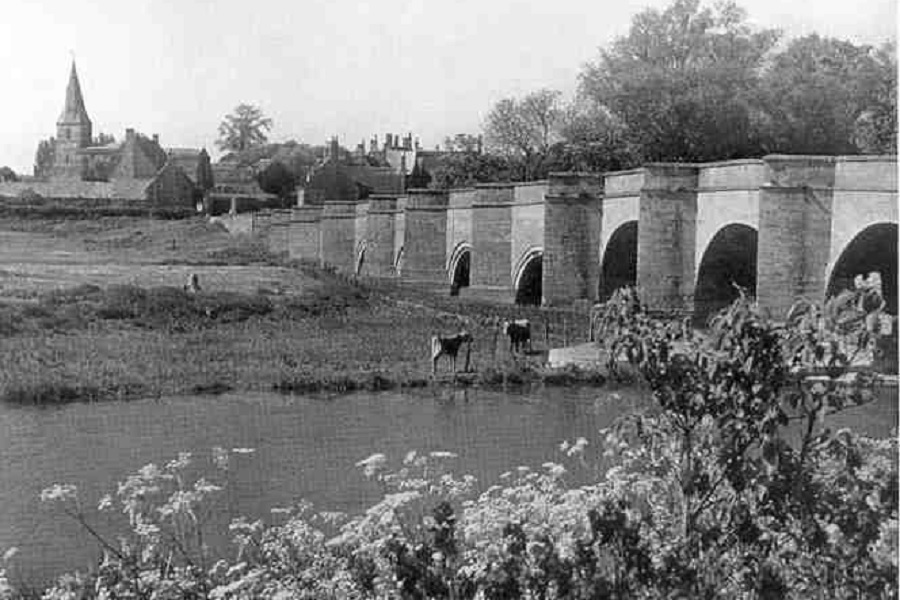 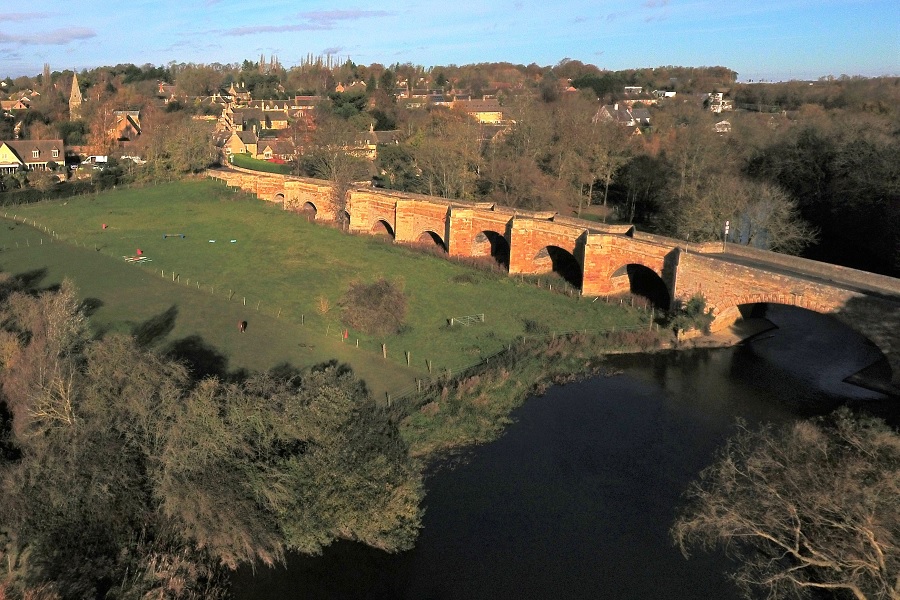 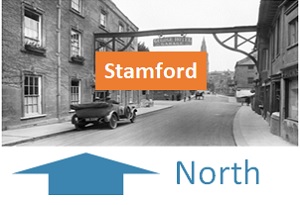 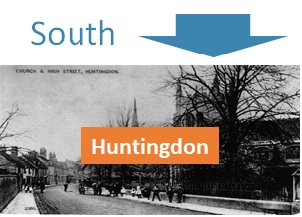