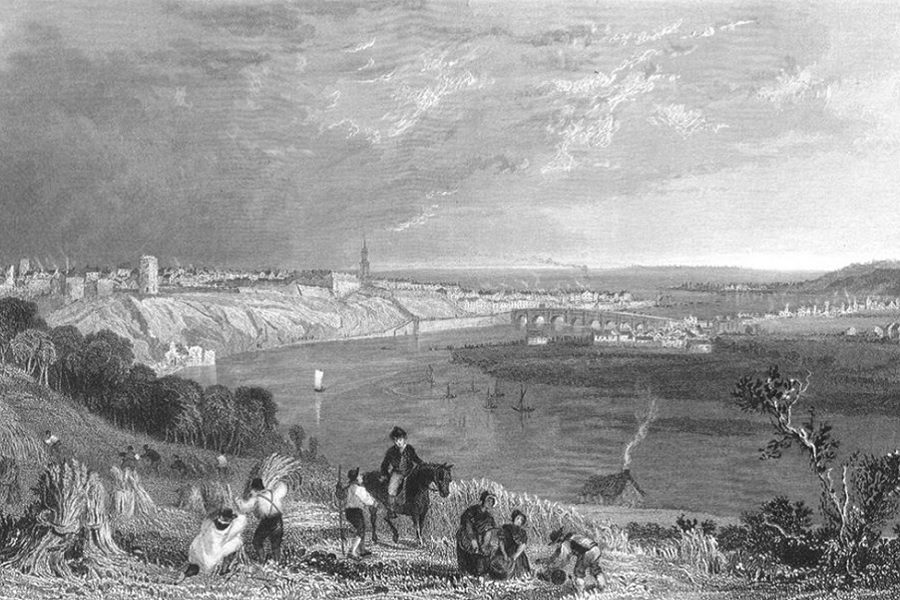 Berwick and the Great North Road

Berwick-upon-Tweed’s red sandstone “Old Bridge” was completed in 1634 (after 24 years) replacing an earlier wooden structure. It was paired with Robert Stephenson’s rail bridge in the 19th century then supplemented by the concrete Royal Tweed road bridge in 1925. The current A1 loops around the town, crossing the Tweed well to the west.

Berwick lies on the north bank of the River Tweed as it enters the North Sea.

As the national boundary was redrawn 14 times between 13th and 15th centuries so Berwick alternated between Scotland and England. It has ended up England’s most northerly town – but is just 56 miles from Edinburgh, and its football team plays in the Scottish league.

Inevitably Berwick has been of much military significance. Berwick Castle dates from 1160. It was completely rebuilt by Edward I along with defensive town walls and an array of impressive buildings, including royal apartments, a great hall and a chapel.

In Elizabethan times the fortifications were upgraded to include great artillery ramparts. They are unique in the UK and survive to this day. A four storey octagonal Bell Tower was also added.

Berwick Then and Now

The first image is from a 1610 map which emphasises the defensive nature of the town – still evident today. 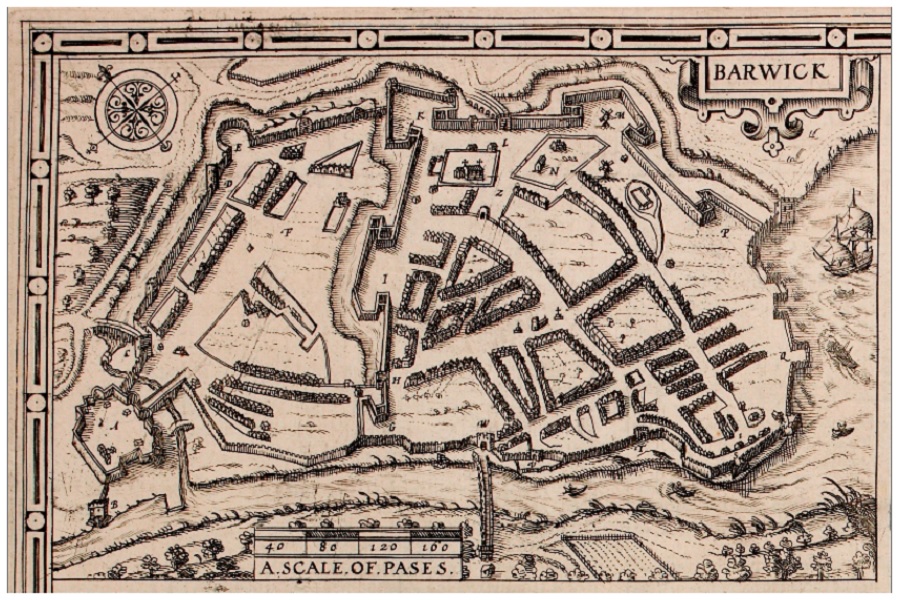 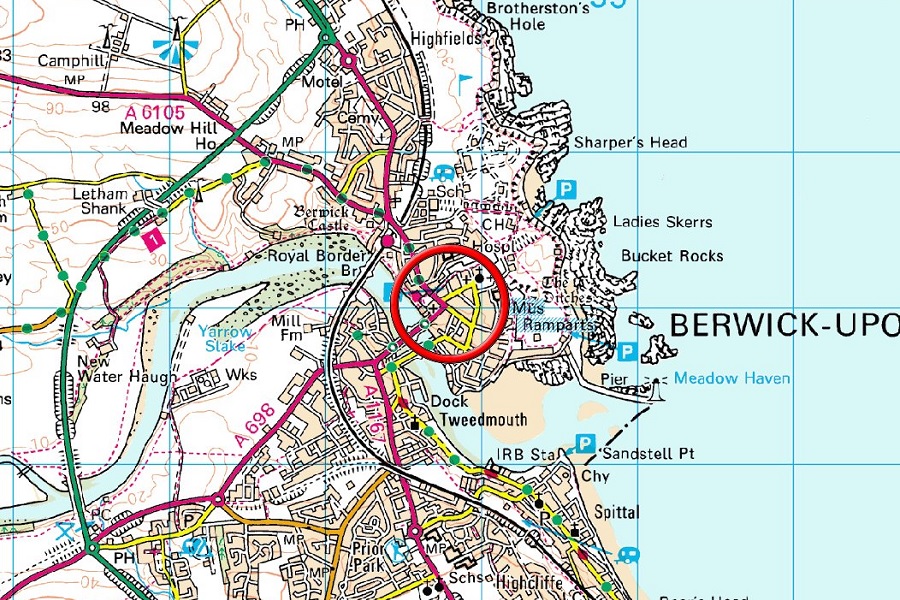 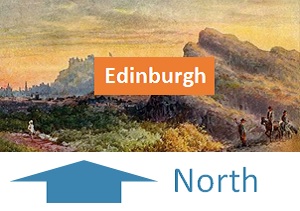 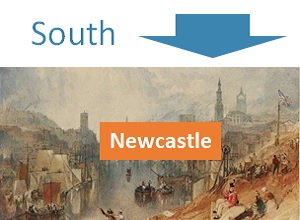