The coaches of the Great North Road and today’s vehicles on the A1 cross the River Aire at Ferrybridge. The Roman crossing was further west, by ford across the alluvial deposits at Castleford where the Aire and the Calder merge. The paved ford was identified by early antiquarians such as William Stukeley who recorded this account in 1725:

“The place where the Roman ford was, is a little above the cascade: the stones are in great part left, but the mill-dam lays it too deep under water. Hence the paved road goes up the bank to the east side of the church, and forward through the fields, where innumerable coins are ploughed up: One part is called Stone Acre. A man told us he had formerly ploughed up a dozen Roman coins in a day: urns are often found: there are stone pavements, foundations etc. South of the church is a pasture, called Castle-garth: here were buildings of the city: but the Roman castrum was where the church now stands, built probably out of its ruins..” 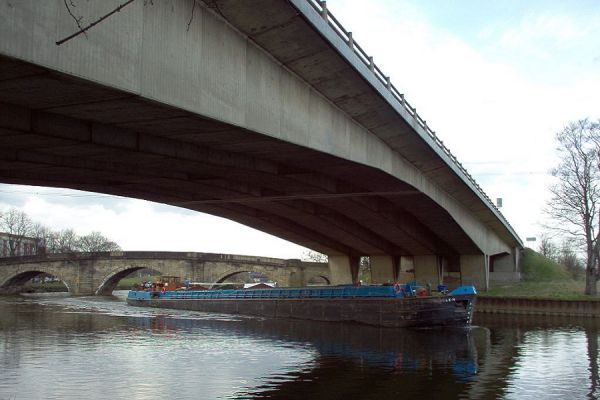 Both these bridges in the shadow of Ferrybridge power station have carried the Great North Road in their time but are now eclipsed by an even wider structure.  (Photo Credit: Mike Reay – Wikipedia)

About the River Aire

The River Aire starts high in the Pennines above the dramatic limestone cliff of Malham Cove. After a brief spell as a gurgling brook meandering through beautiful countryside it assumes its better known form as an industrial waterway. 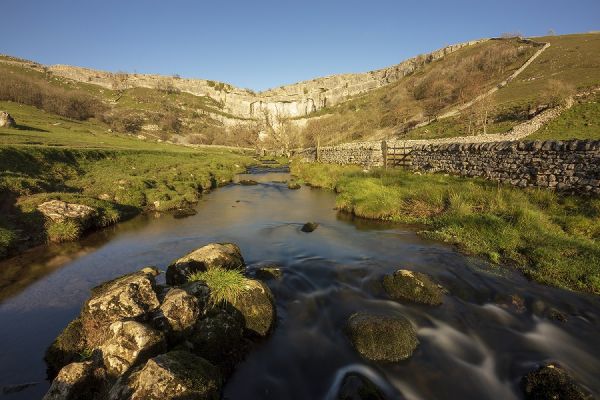 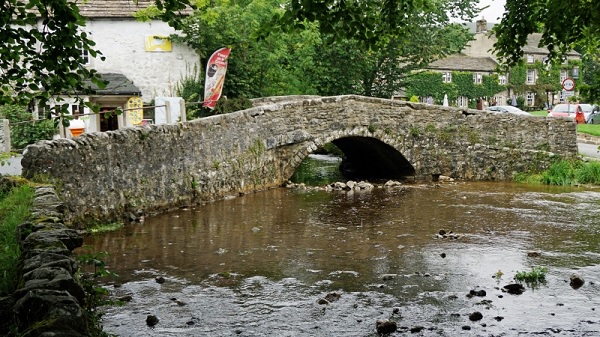 The Aire passes through Keighley, Bingley, Bradford and Leeds. At Castleford it is joined by the Calder then the river flows through Ferrybridge, joining the Ouse at Airmyn near Goole. During the industrial revolution of the 19th century it served as an open sewer for the rapidly expanding towns, and as a major means of transport for coal and other heavy goods. In the 20th century its waters helped to cool the giant power stations at Eggborough and Ferrybridge (Drax is also alongside though it draws its cooling water from the Ouse).

The Aire and Calder Navigation refers to the canalised section of the rivers. It was conceived in the 17th century with an enabling Act of Parliament in 1699: the objective was to make the river navigable as far as Leeds. A further Act in 1770 enabled construction of the Leeds and Liverpool canal which follows the line of the River Aire north-west from Leeds across one of the few lower level routes over the Pennines. The Navigation initially focused on carrying wool downstream and agricultural goods upstream. With industrialisation and progressive upgrading of the waterway so coal and other bulk commodities came to dominate.

In 1853 at the age of 22, William Bartholomew became chief engineer for the Aire and Calder Navigation Company. Steam was starting to take over from horse power and in the 1860s he took this a step further with a patented system whereby a single steam tug would pull a train of 30 or more interconnected barges. Each of the 6 foot deep tub shaped barges could carry 40 tonnes of coal. They came to be known as “Tom Puddings” and continued working the river until 1986. 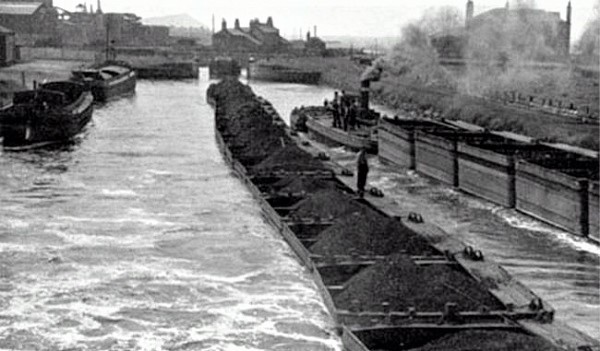 Saltaire was a new town set up 4 miles upstream from Bradford in the 1850s by industrialist, Titus Salt. He wanted a location for his new woollen mill where he could utilise the power and connections of the river whilst creating a clean and safe environment for his employees away from the squalor of the city. (See main image at top of page.) 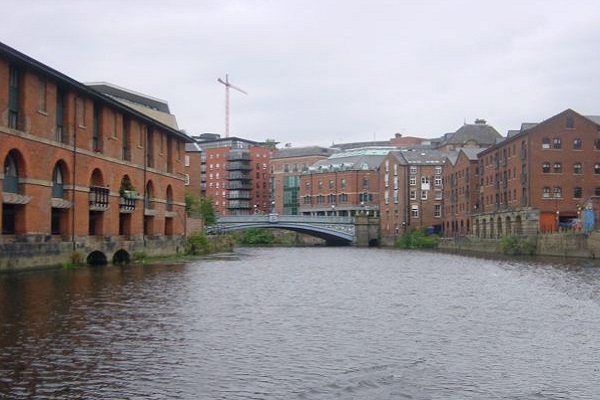 The River Aire is gradually being reclaimed, with fish and wildlife returning and river fronts through the cities being gentrified. This shows Leeds Bridge (Photo Credit – Pennine Waterways)

More Information about the River Aire