In Roman times, Ermine Street crossed the River Nene to the west of modern Peterborough, close to Durobrivae.

The site of the Roman bridge is still evident in the landscape, with an embankment to carry the road from the south. This can be seen in this aerial photo taken whilst the river was in flood (photo credit – Alex Meacock). 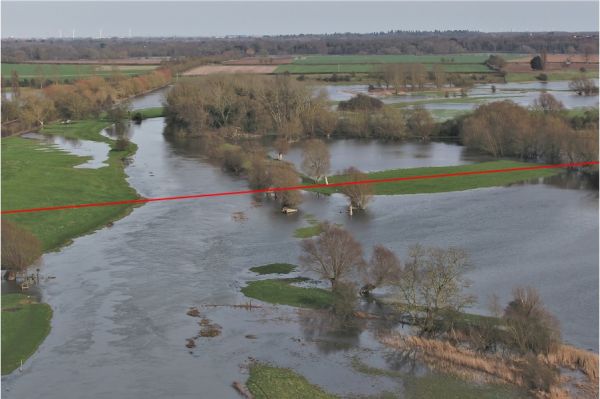 Once the Roman bridge near Durobrivae failed it was clearly not replaced. Instead the road north was diverted inland to the nearest convenient point where it could be crossed by ford – “Wansford”.

When in flood the river can soon spill its banks and an early wooden bridge at Wansford had 8 arches. After floods damaged it in 1571 it was replaced by a thirteen-arched stone bridge.

Lord Fitzwilliams lately built a very fine stone bridge over the Nyne.  I was very much applauding this generous action of my lord’s, knowing the inconvenience of the passage there before, especially if the waters of the Nyne were but a little swelled, and I thought it a piece of public charity; but my applause was much abated, when coming to pass the bridge (being in a coach) we could not be allowed to go over it, without paying 2s.6d. of which I shall say only this, ‘tis the only half crown toll that is in Britain.

The view below from the north includes the Haycock Hotel in the distance: 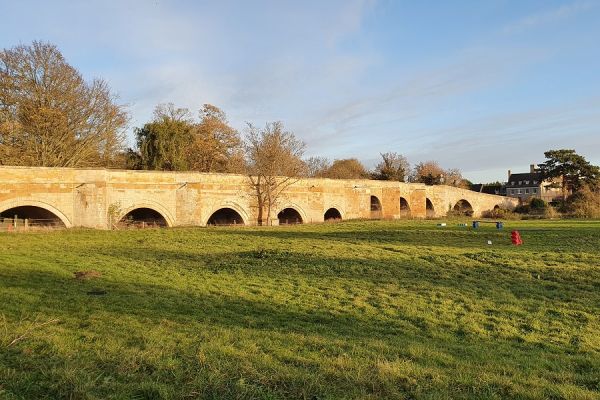 About the River Nene

The River Nene is one of the most gently flowing major rivers in England with mean flow of 9.3 m3 per second. It channels water from as far west as Daventry. The 88 mile navigable section from Northampton to the Wash falls less than 61metres. Five miles east of Peterborough is the Dog in a Doublet Sluice which protects Peterborough, the Ortons and the Nene Valley as far as Oundle, from the tidal influence of the East Anglian wash.

The Nene has long been an important thoroughfare. In 1761 the river was made navigable from Peterborough to Northampton following plans and deliberations dating back as far as 1567. A link with the canal system was made in 1815. Now pleasure boats make use of the 37 locks between Northampton and Peterborough, while Wisbech continues to operate as a port for sea-going vessels.

Downstream from Peterborough, much of the Nene’s route has been upgraded to a wide canal with locks at regular intervals. Some sections where artificial cuts run adjacent to the course of the river are known as the “Nene Navigation”. 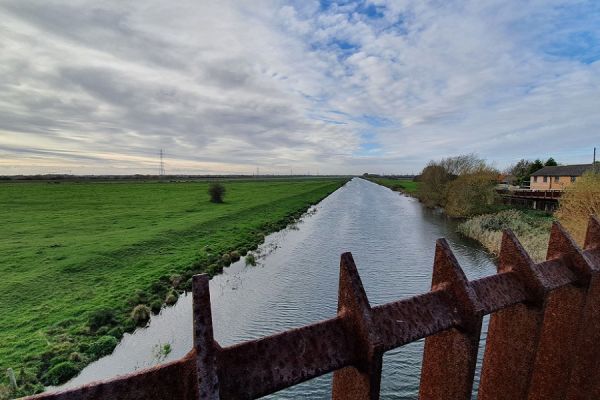 More Information about the River Nene