With roots back to emerging steam technologies of the industrial revolution, Baker Perkins became a significant engineering company in the 20th century. The A1 was one of the threads which helped tie together factories in Peterborough, Gainsborough, Leeds, Gateshead and Hebburn.

The ultimate demonstration of this was the overnight trunker service which ran between Peterborough and Hebburn for nearly 20 years from 1972. Each night a 32-tonne articulated truck would head off from each factory. In the late evening the trucks would pull off the Great North Road at Wentbridge Services. A little observed ceremony then followed. After a cup of tea and a chat the drivers exchanged mailbags containing internal correspondence. They then swapped vehicles and returned to their respective bases.

An alternative routine developed when it was decided that drivers retain their tractor units and just swap trailers. This was not allowed at Wentbridge so the meet up shifted to a transport café near Castleford.

The factories had specialisms such as steel fabrication, precision machining and electrical control panels. The overnight trunker service enabled the factories to operate as one in the manufacture of process machinery which was sold all round the world. 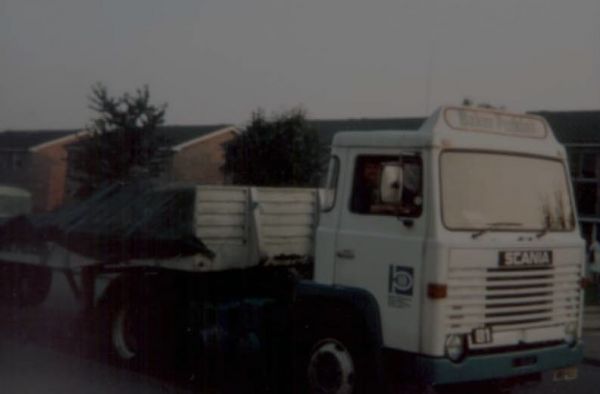 Baker Perkins resulted from the merger in the early 20th century of two engineering companies supplying machinery and ovens to the newly industrialising food industry.

Werner, Pfleiderer and Perkins relocated its business from central London to a greenfield site at Peterborough in 1903 (the location influenced by the railway rather than the road). Its 19th century antecedents had claims to fame including a steam gun demonstrated to the Duke of Wellington in Regent’s Park but never enjoying commercial success, and the steam tube heating system for bakery ovens which became an international standard.

Joseph Baker and Sons was originally based in Willesden but relocated to Peterborough in 1933. The founder had immigrated from Canada where he had already started a successful business based on a simple flour sifter.

The combined business became one of the leading engineering suppliers for bakery and confectionery companies in both the UK and overseas. The packaging machinery operations at Gainsborough and Leeds were added through acquisitions. The Newcastle site at Hebburn came about as a means for post war expansion when investment in process automation boomed.

By the 1960s employment in the UK reached 8,000 and international manufacturing subsidiaries included the US and Australia. The company continues to operate in Peterborough. 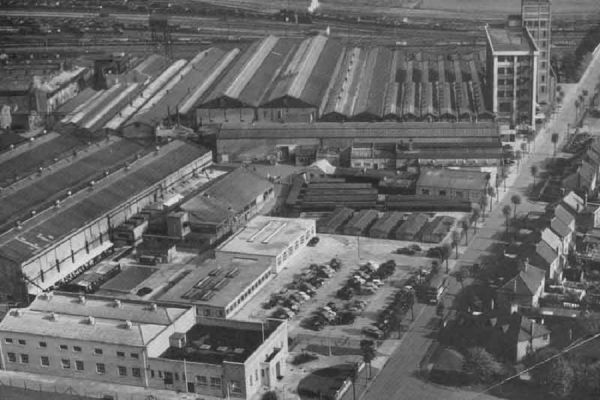 At Peterborough, the Baker Perkins Westwood Works expanded progressively from its original location alongside the north coast mainline. 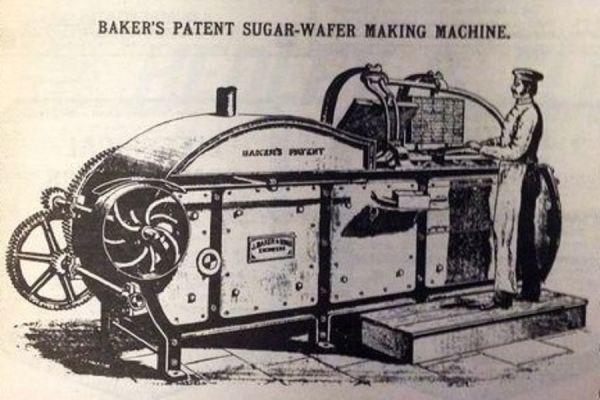 Many of the company’s patented designs like this sugar wafer machine secured prizes at prestigious exhibitions in the UK and overseas.

Biscuit forming machines enabled ever increasing output and attracted eager buyers from around the globe. 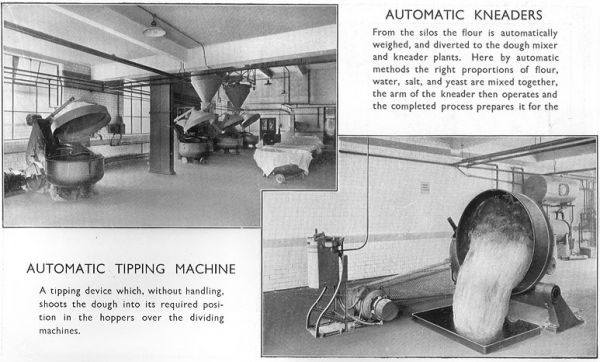 These 1930s bread dough mixers were installed in the Manchester & Salford Equitable Co-operative model bakery. By the 1990s a single mixer could deliver up to 9,000kg dough per hour with total automation. 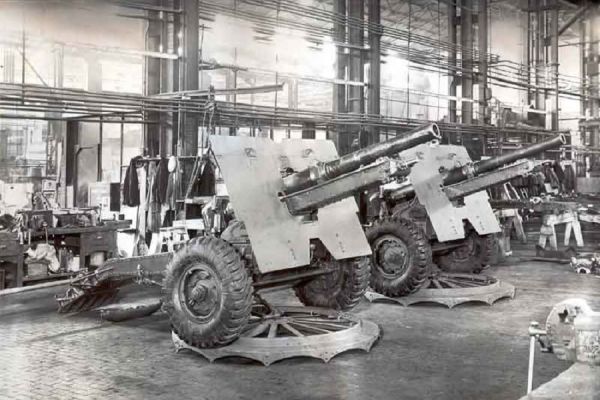 During the war, production switched to support the military effort. This image shows 25 Pounder gun carriages. 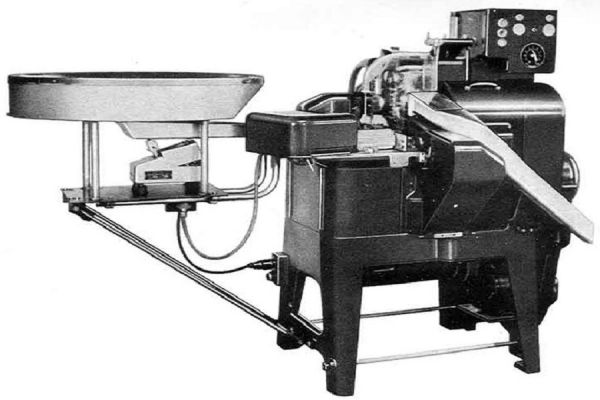 The Forgrove 22B twist wrapper set the standard in the confectionery industry from the 1950s. 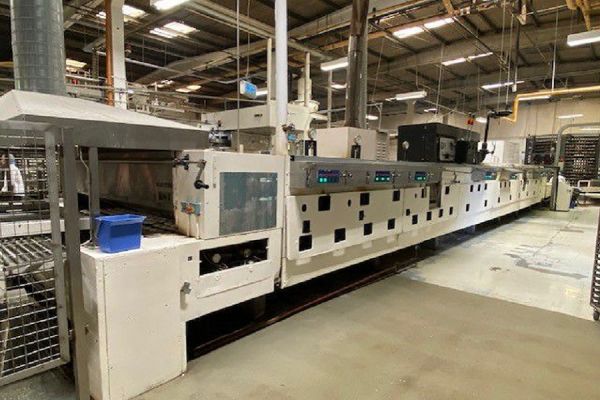 Tunnel ovens like this reach lengths of over 100m. 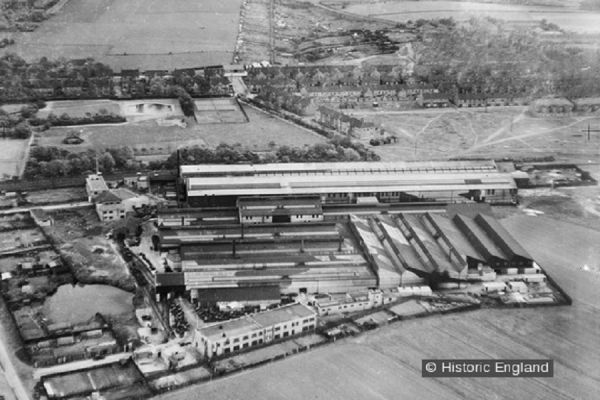 The Tyneside plant at Hebburn was taken over by Baker Perkins in 1946, having been used during the war for manufacture of 500lb armour piercing bombs.