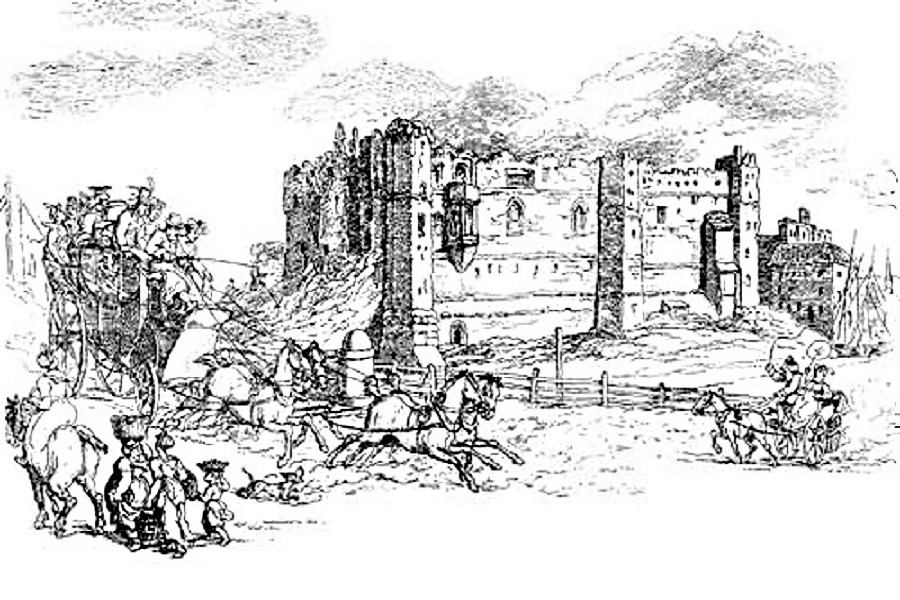 Newark and the Great North Road

In Roman times the primary road from London to York was via Lincoln and a ferry crossing of the Humber. The first bridge over the river at Newark came in the 12th century – encouraging the more direct route north.

Around 1770 the Great North Road around Newark was raised on a long series of arches to ensure it remained clear of the regular floods it experienced. This work cost £12,000 and followed a disastrous flood in 1766.

In the 1778 edition of Defoe’s Tour through Britain, the improvements feature in an editorial note:

“…the vast new-raised road from the castle over the flat often over-flowed by the Trent…whether we consider the greatness or the utility of the work it may be looked upon as one of the greatest of the kind ever executed in England”.

Newark became an important coaching town in the 18th and early 19th centuries with inns such as the Clinton Arms and Saracen’s Head in the Market Place supplying much needed rest and refreshment for travellers taking the fast mail coaches along the Great North Road between London and Edinburgh.

Dickens makes reference to Newark in Nicholas Nickleby (1838-39). It is in the context of the perils of long-distance coach travel in the days before railways.

As Nicholas Nickleby’s coach approaches from the south Dickens writes:

Nicholas, who had been asleep for a short time, was suddenly roused by a violent jerk which nearly threw him from his seat. Grasping the rail, he found that the coach had sunk greatly on one side, though it was still dragged forward by the horses; and while – confused by their plunging and the loud screams of the lady inside – he hesitated, for an instant, whether to jump off or not, the vehicle turned easily over, and relieved him from all further uncertainty by flinging him into the road.”

The Great North Road continued to pass through the centre of Newark until 1964 when the A1 bypass was opened, routing traffic to the east of the town.

Newark dates back to Roman times lying on the Fosse Way from Exeter to Lincoln – where it ran close to the River Trent.

For many centuries it came under the influence of other more powerful towns and cities. In the 7th century it had been granted to the abbey of Peterborough by Wulfhere. By the 11th century it was controlled by Leofric, Earl of Mercia. By the 12th Century it was under the control of Lincoln cathedral.

It was in medieval times that Newark developed as an influential centre in its own right. This was in no small way linked to the building of a succession of bridges over the Trent. The Roman route north via Lincoln was superceded and Newark became an important coaching town on the Great North Road.

The first bridge was constructed in the early 12th century at the same time as the nearby castle was completely rebuilt as a prominent stone structure by Alexander the Magnificent. In 1457 a flood swept away the bridge. The Bishop of Lincoln, John Chawworth, financed a new oak bridge with stone defensive towers at either end.

Some fine medieval buildings survive, including the 15th century front of the Old White Hart in the Market Place and the Governor’s house on Stodman Street.

Newark Then and Now 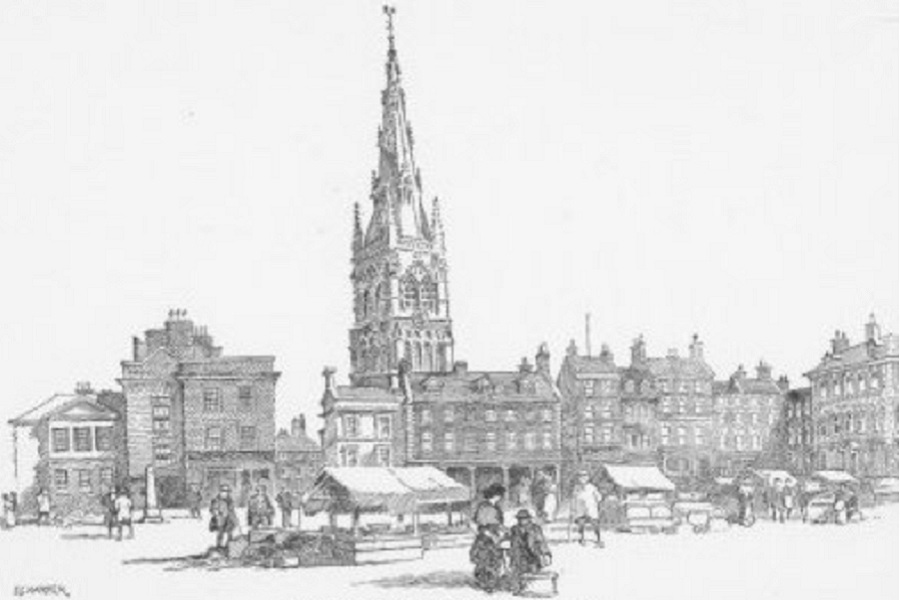 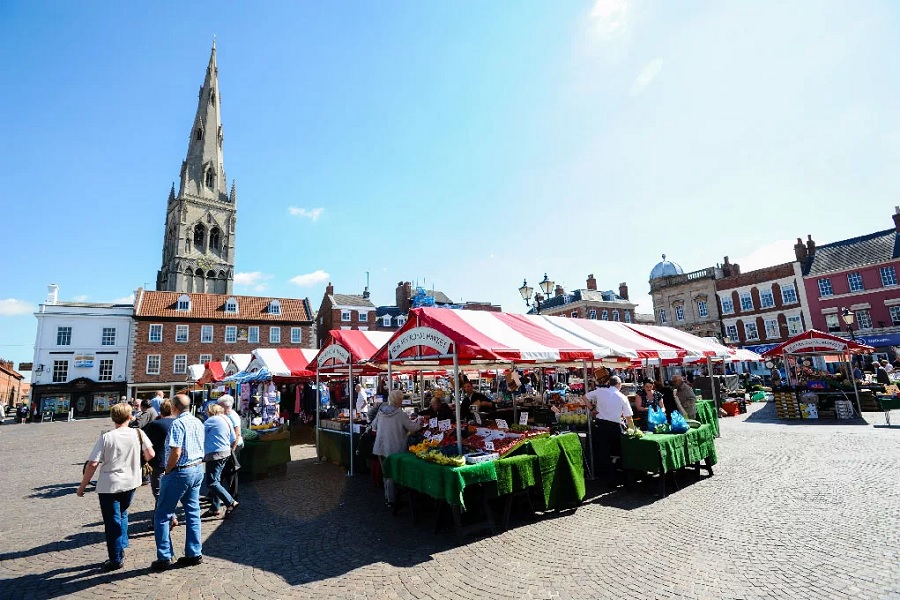 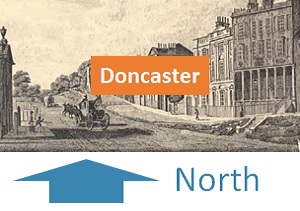 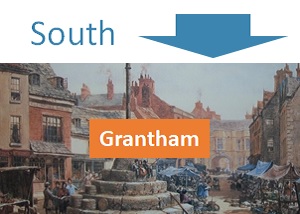 The River Trent at Newark marks where you cross from north to south, or vice versa, on the Great North Road. Well, that’s my view though some.....