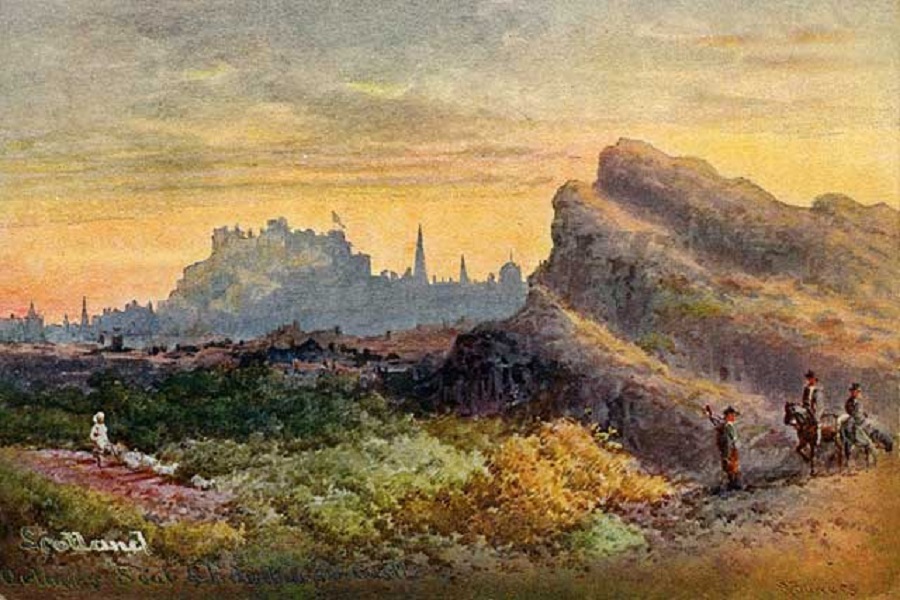 Edinburgh and the Great North Road

392 miles from London we reach another capital city. With close ties to England for over 2000 years, its sea, road and rail links have played an important part in Edinburgh’s rise as a political and commercial centre for Scotland.

A ‘journey coach’ to London had been introduced in 1652; it took a fortnight to make the journey. In 1713 the main radial roads into Edinburgh were turnpike. Post Coach services between London and Edinburgh were launched in 1786.

By the 7th century a celtic hill fort known as Din Eidyn had been established on one of the prominent Edinburgh hills (Castle Rock, Arthur’s Seat or Calton Hill). Subsequently, the area came under the control of the Anglo-Saxon Kingdom of Northumbria – and largely remained so until the 10th century. In 1020 Malcolm II permanently annexed Edinburgh to Scotland.

In 1128 Holyrood Abbey was founded beneath Arthur’s Seat by David I. He went on to build the formidable royal castle which continues to dominate the city. By the mid 14th century Edinburgh was being described as the capital of Scotland. The city’s population grew over the next 500 years, but was constrained to a small area along the “Royal Mile”. Rich and poor lived in close proximity, and Edinburgh’s filthy wynds and overcrowded tenements were legend.

A unique initiative to address the problem was floated in 1750s. A New Town was to be built to the north of the ‘Nor Loch’ to attract back to Scotland the absentee noblemen who now lived in London. Fine architecture and street names such as George Street, Queen Street, Hanover Street, Frederick Street and Princes Street underlined the loyalty of the town council to the Union and the Hanoverian monarch George III.

Nor Loch was drained forming Princes Gardens. The Old and New Towns were linked in two ways – an artificial “Mound” and the “North Bridge”.

Industrialisation in Scotland was biased towards Glasgow and the Clyde. Glasgow had overtaken Edinburgh in terms of population by 1821. As engineering, cotton, coal and shipbuilding prospered elsewhere so Edinburgh developed its banking, insurance and printing services to support the new industries and growing population. Edinburgh became the most important financial city in Britain outside London. Some of the greatest publications of the period – notably the Encyclopaedia Britannica – were first produced in Edinburgh. The University of Edinburgh was founded in the 16th century and has grown in scope and scale, also becoming a key component in the make-up of a unique and vibrant city.

Edinburgh Then and Now 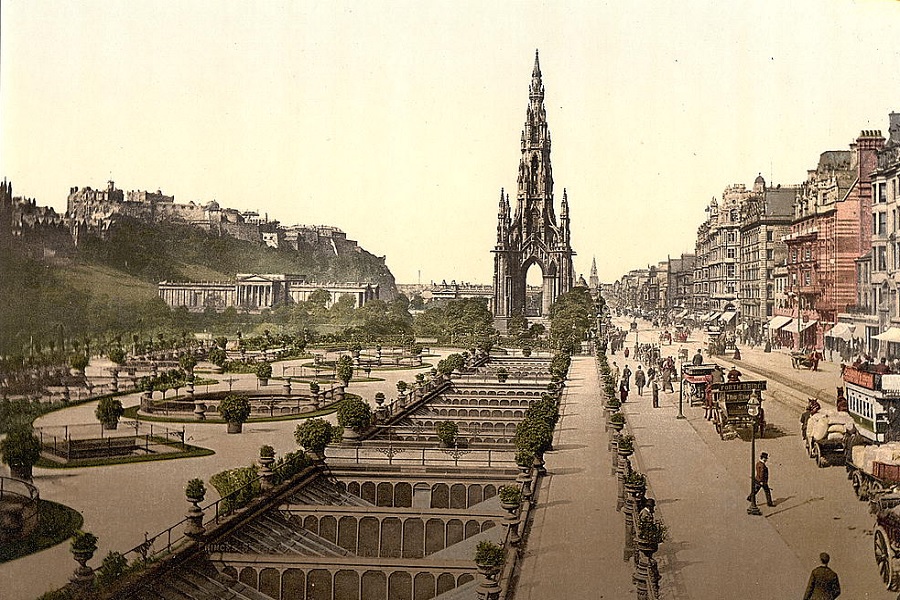 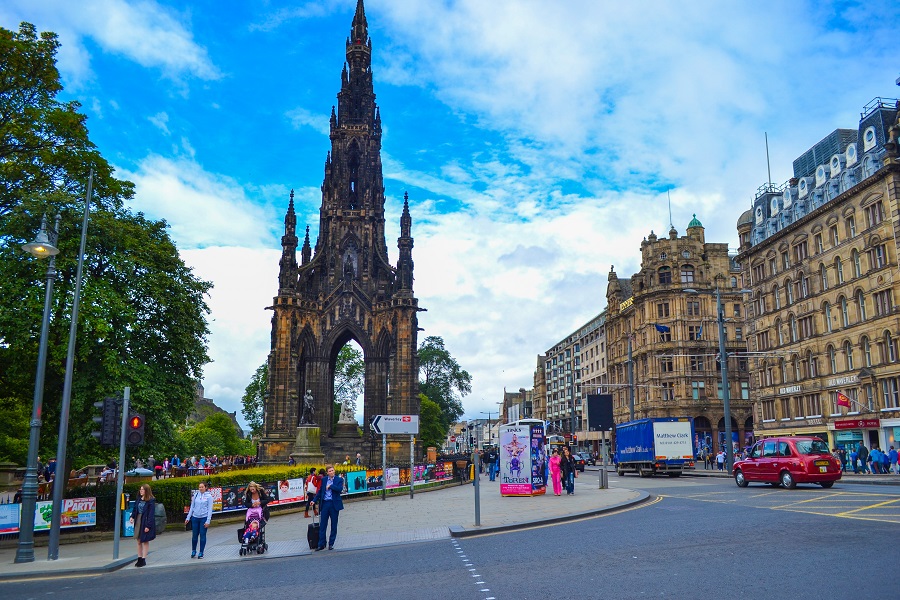 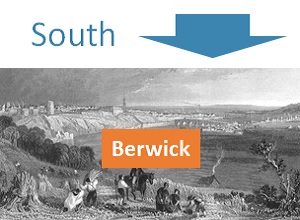 John Muir was a 19th century conservationist who pioneered the national parks concept in the USA. He was born in Dunbar in 1838. The citizens of...

The Banks of Scotland

Edinburgh's banks have long been at the heart of the city's success. The Great North Road was the basis of communication between Britain's two leading.....