The River Welland is crossed by the Great North Road at Stamford.

In Saxon times there was a fort alongside the river – and the route north was via a ford.

The Town Bridge in Stamford is the only vehicle crossing over the river within the town – connecting Stamford with Stamford St Martins Without. The current bridge shown above (photo credit – Rex Gibson) is 19th century although some stone from the original 12th century bridge remains. There is a toll house alongside, dated 1849. 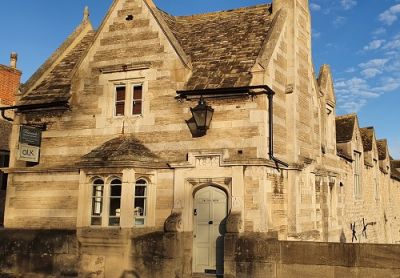 The current A1 crosses the river to the west of Stamford where there is a wide flood plain and water meadows.

About the River Welland

The Welland is a small but often attractive river which at various stages marks county boundaries of Leicestershire, Northamptonshire, Rutland and Lincolnshire and Cambridgeshire. It rises at Sibbertoft, west of Market Harborough and flows through Stamford and Spalding, entering the Wash at Fosdyke. Tributaries join mainly from the North. The most important of these are the Gwash, which holds Rutland Water and the Glen draining south-west Lincolnshire.

The river as far upstream as Stamford was used by the Romans for navigation and it would have linked with Car Dyke at Market Deeping – an artificial waterway which defined the fen edge.

Development of mills along the river made navigation more difficult – prompting build of the Stamford Canal between Stamford and Market Deeping.

Controversial in the 1970s but now widely enjoyed, Rutland Water was created to provide water for the expanding and new towns further south – such as Peterborough. A small part of the water pumped into Rutland is pumped up from the Welland, just upstream of Stamford, but most comes from the adjacent and larger River Nene. Wildlife re-introduction initiatives mean that both Osprey and Red Kites can be found close by.

There’s another interesting Welland bridge at Crowland which originally marked a split in the course of the river as it meandered seawards. The current three directional Trinity Bridge dates from the 14th century – but there is record of a wooden bridge as far back as 716. The river is long gone – now almost a mile away from the centre of the town. 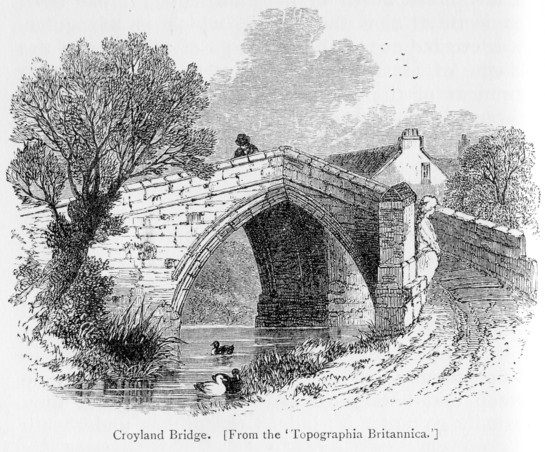