The River Wear used to be crossed three times by the Great North Road; twice where the river forms a meander around Durham and once a few miles to the south at Sunderland Bridge.

The modern A1 skirts to the east of Durham with a single crossing further north at Chester-le-Street.

At Durham the river is tree lined and tranquil yet 15 miles downstream at Sunderland where it enters the North Sea the river is busy and industrial. The Wear has been associated with ship building for at least 600 years.

About the River Wear

The source of the Wear lies within the North Pennines Area of Outstanding Natural Beauty on Burnhope Seat. Here, streams drain the 880m high fell, combining to form the river proper at Wearhead. The river proceeds eastwards through bleak moorland and green hills – with little evidence remaining of the mines and quarries with which it once connected. 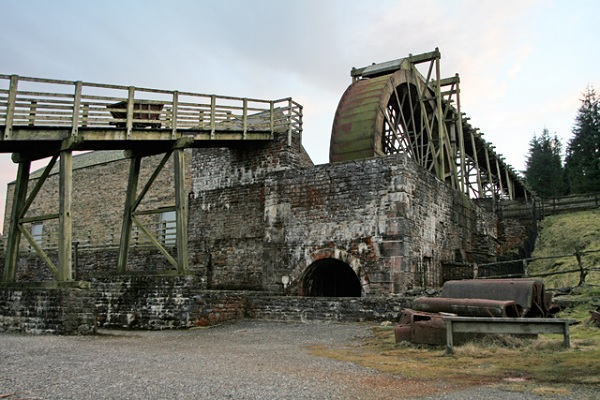 The River Wear passes a series of notable sites including Auckland Castle, home of the Bishops of Durham, Binchester Roman Fort, Durham Castle and the 13th century Finchdale Priory at Chester-le-Street. At Durham there are two weirs both created for industrial activities; one of them (beneath Milburngate Bridge) now incorporates a salmon leap.

At Sunderland, the Wear passes through a deeply incised valley, part of which is known as the Hylton gorge. It enters the North Sea between the Roker Pier and New South Pier. The south bank is occupied by what remains of the Port of Sunderland, once thriving and now almost gone.

The Wear’s prominent association with the Industrial Revolution reflects the abundance of natural resources close to a major river, and a sea port. The Wear valley was for centuries a source of wood, lead, coal, and limestone. In the 19th century the presence of fluorspar further stimulated steel manufacture.

There is a record of a Thomas Menville building boats on the Wear at Sunderland as early as 1346. Shipbuilding grew rapidly in the 19th century: by 1840 there were 70 shipyards which accounted for nearly a quarter of the country’s output. In 1905 and 1907 Doxfords was awarded the Blue Ribbon for the largest output of all shipyards in the world. The last yard on the Wear closed in 1988. 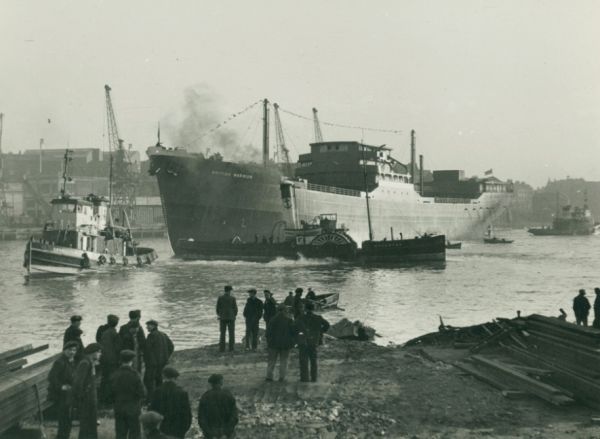 The artist LS Lowry visited Sunderland repeatedly and painted pictures of the industrial landscape around the river, including the image at top of page.

This hive of activity means there is a long history of bridges, viaducts, ferries and fords across the Wear. Too many to mention here but the excellent Bridges on the Tyne website looks at them in detail. The two Wearmouth bridges are the 100m high box girder rail bridge (the longest, single span bridge in the world in 1879), and its neighbour the 1929 road bridge which replaced an arched bridge of 1796. 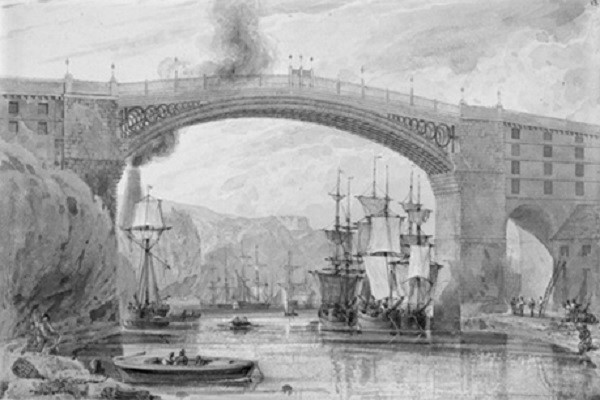 This 72m bridge was the world’s longest single span bridge in 1796, but was problematic. The arch had to be straightened in 1804 and in 1857 a major reconstruction was carried out by engineer Robert Stephenson , giving it a flatter look as the original hump was dispensed with by heightening the abutments. This drawing from 1816 was by antiquarian artist and architect, Edward Blore.

The Wear Valley is home of the “Prince Bishops” who ruled the county of Durham as a palatinate. Originally a pragmatic post conquest arrangement to create a buffer between civilised England and turbulent Northumbria and Scotland, the last of the Bishop’s special powers were finally relinquished in 1971. Originally powers included taxation, law, defence and administration of markets. There are records of deer and boar hunting expeditions (The Great Chases) led by the Prince Bishops and with much feasting and pageantry. In medieval times the Bishopric’s domain included other small northern regions near Northallerton, Ashington and the mouth of the Tweed; these were of course conveniently linked by the Great North Road. 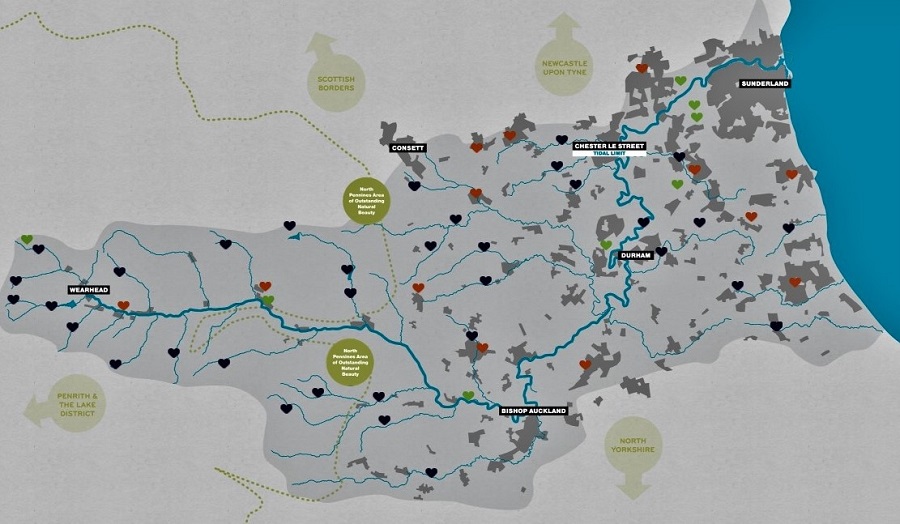