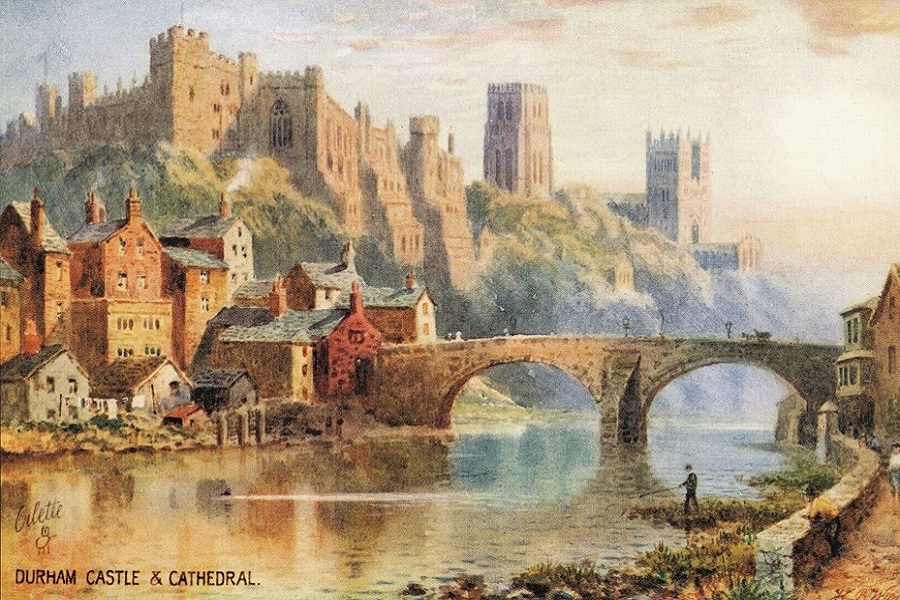 Durham and the Great North Road

Travelling from the south one traditionally entered Durham from the east crossing the Wear over the Elvet Bridge. Once through the medieval centre you would exit across the Framwelgate Bridge then swing north towards Newcastle.

An alternative route developed to the east of the city providing a by-pass for through traffic; northbound traffic branched at the Cock of the North junction – left to head north and right to go into the city. The modern A1 lies still further to the east.

Durham occupies a hilly prominently – surrounded on 3 sides by the meandering river Wear. With good natural defences there is evidence of settlement in the area since about 2000BC. The current town is usually traced back to when a group of monks from Lindisfarne chose the strategic high ground as a place to settle with the body of Saint Cuthbert, founding a church there in AD995.

A castle was built under the orders of William the Conqueror, six years after the Norman Conquest, soon after the Normans first came to the North. It played an important role in defending the troublesome border with Scotland – and also in controlling local English rebellions.

The name “Durham” comes from the Old English “dun”, meaning hill, and the Old Norse “home”, meaning island. The original Dun Holm was changed to Duresme by the Normans and was known in Latin as Dunelm. The modern name came into use somewhat later.

The Industrial Revolution placed the city at the heart of a productive coal field. Nearly every village around the city had its own coal mine – and associated traditions and community spirit. However, Durham did not develop industrially in the way of other northern towns. For this reason it retains many of its ancient features, and the plan of the city and its suburbs, with their tortuous thoroughfares, has remained practically unaltered since the Middle Ages.

The lay-out of Durham, like most mediaeval towns, is arranged so the roads and bridges bring all the traffic through the market-place in order to collect the tolls from merchandise and give entertainment to travellers. The suburbs grew up at the three chief entrances to the city. Framwellgate and Crossgate arose at the foot of Framwellgate Bridge on the roads from Newcastle and the north; Gilesgate, at the entrance of the roads from the Sunderland and Hartlepool; and Elvet, at the foot of Elvet Bridge, along the road from Darlington and the south.

Today, the university founded in 1832 by Bishop William Van Mildert, has come to play a central role in the prosperity of the town.

Durham Then and Now 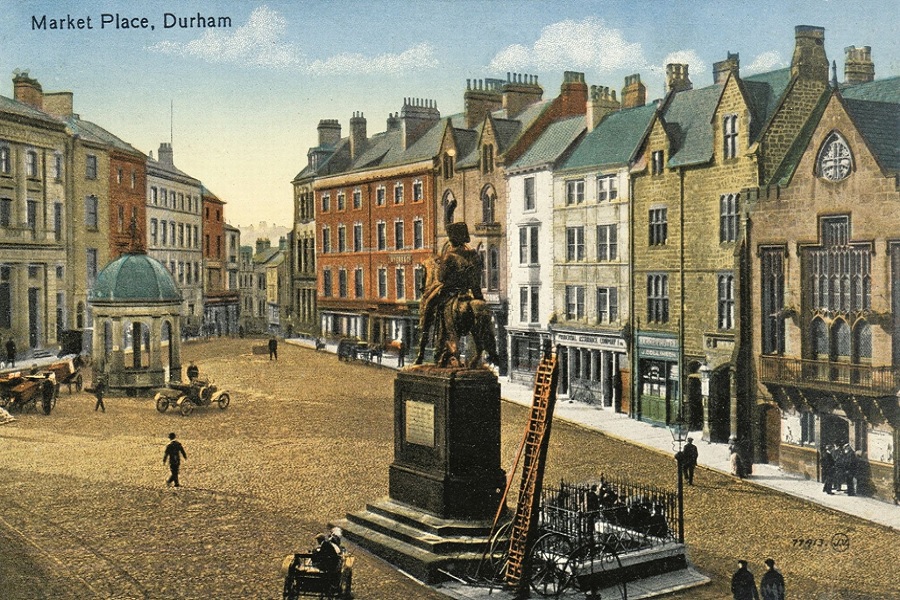 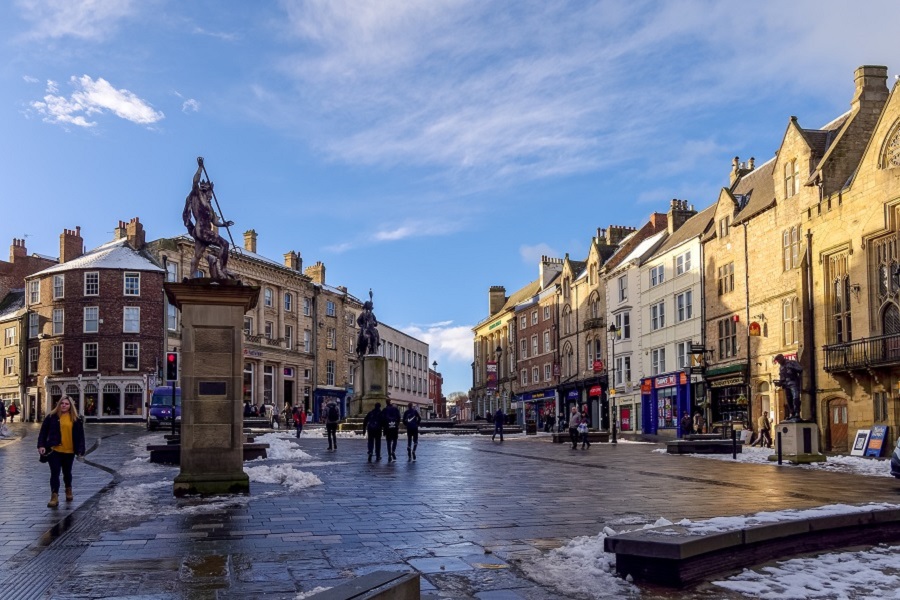 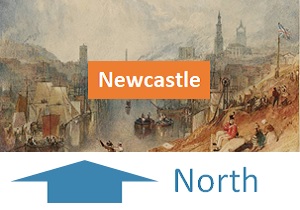 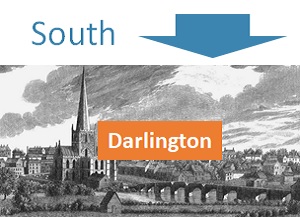