The Romans established a crossing point over the River Wharfe between Castleford and York. Archaeologists have identified a site at Newton Kyme just south of the river which includes two forts from the first and second century (as well as an Iron Age enclosure, Bronze Age barrows and Neolithic henge monument). Whether it is Newton Kyme or Tadcaster which equates to the Roman town of “Calcaria” mentioned in the Antonine Itineraries is still uncertain.

During the medieval period the route north over the Wharfe was either via the bridge at Tadcaster or at Wetherby. Tadcaster was the limit of navigation from the Humber and it was here that Harold Godwineson moored his fleet before the Battle of Stamford Bridge in 1066. The first stone bridge over the River Wharfe was constructed in the 13th century. 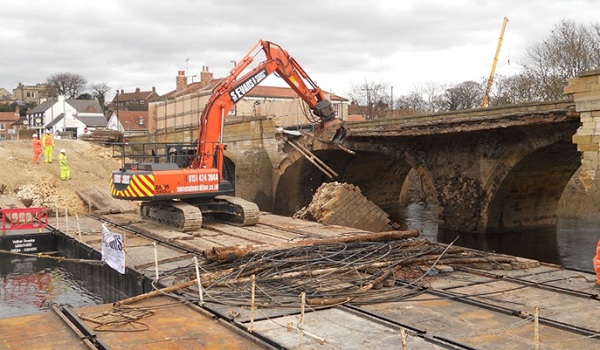 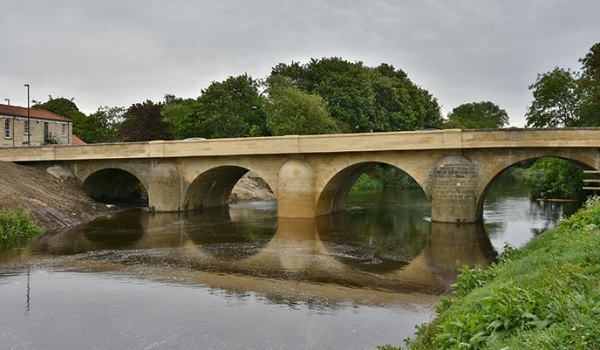 The Wharfe bridge at Tadcaster suffered a partial collapse during flooding in December 2015. The bridge dates from the 16th century and was upgraded in the 1780s

Wetherby Bridge is a scheduled Ancient Monument dating from the 13th century. It was rebuilt in the 17th century and widened twice, first in 1773 and again in 1826. Originally a hump-back bridge, the approach roads were re-profiled in the 18th century to facilitate horses pulling heavy carts. The bridge became an important transport route for the coalfields of Garforth and Kippax to the south of the town. 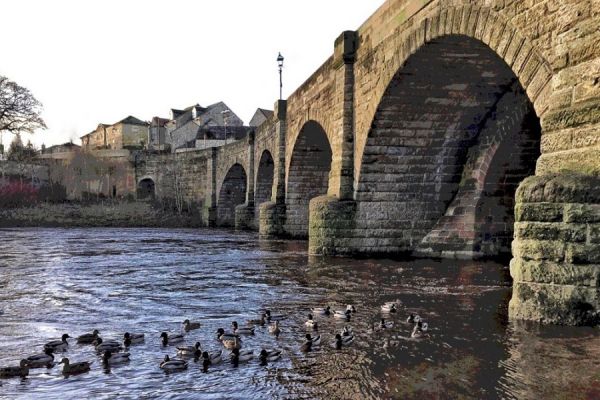 About the River Wharfe

The river flows for 65 miles before joining the River Ouse. Its source is in the centre of the Yorkshire Dales National Park – where Oughtershaw Beck and Green Field Beck meet in Langstrothdale. From there it is joined by many small streams emerging from the sink holes of the neighbouring limestone moors. It flows through Kettlewell and Grassington, over Linton Falls, through the Strid at Bolton Abbey then on past Ilkley to Wetherby and Tadcaster. 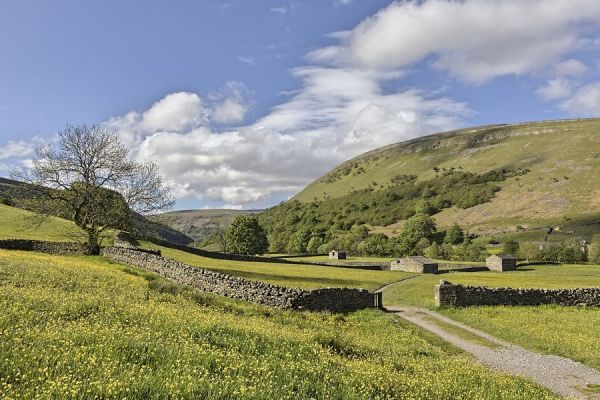 The scenery along much of its route is stunning and can be enjoyed from the Dales Way which follows the River Wharfe from Ilkley to its source on Cam Fell. Charming and unthreatening for much of its course, the river’s lethal reputation as it passes the tranquil ruins of Bolton Priory is known worldwide. The entire river is condensed into a deep and largely invisible crevice just a couple of metres wide.

—Young Romilly through Barden woods
Is ranging high and low;
And holds a greyhound in a leash,
To let slip upon buck or doe.

The pair have reached that fearful chasm,
How tempting to bestride!
For lordly Wharf is there pent in
With rocks on either side.

The striding-place is called the Strid,
A name which it took of yore:
A thousand years hath it borne that name,
And shall a thousand more.

And hither is young Romilly come,
And what may now forbid
That he, perhaps for the hundredth time,
Shall bound across the Strid?

He sprang in glee; for what cared he
That the river was strong and the rocks were steep?
But the greyhound in the leash hung back,
And checked him in his leap.

The boy is in the arms of Wharf,
And strangled by a merciless force;
For never more was young Romilly seen
Till he rose a lifeless corse.

The countryside of the Wharfe valley was shaped for centuries in medieval times by the great monasteries of Fountains, Rievaulx and Bolton Priory. They developed vast sheep flocks, selling their wool into Europe. The network of drove roads can still be seen and walked today.

More Information about the River Wharfe