Along with Dick Turpin and Jack Sheppard, John Nevison was one of the most infamous highwaymen operating along the Great North Road.

His gang of outlaws met at the Talbot Inn at Newark and robbed travellers as far north as York and as far south as Huntingdon.
.

The lives and exploits of high profile criminals are inevitably embellished and distorted by repeated re-telling. We will first try to identify some “facts” before considering the less certain legends.

Nevison was born at Wortley near Sheffield in about 1639. He appears to have worked as a brewer’s clerk in London before absconding to Holland with a debt he had been sent to collect. He served in an English regiment under the command of the Duke of York before returning home to Yorkshire until his father’s death. It was at this point he decided to earn his living by stealing from the growing number of road travellers.

He was arrested several times. In 1674 he escaped from Wakefield goal before charges could be brought. In 1676 he was held on charges of robbery and horse-stealing: Nevison was sentenced to transportation to Tangiers but returned to England (or escaped before the ship disembarked) and returned to a life of highway robbery. In 1681 he was arrested again but escaped justice by having an accomplice masquerade as a doctor and pronounce him dead of the plague.

His downfall came when he killed a constable named Fletcher who was trying to arrest him. A notice in the London Gazette on 31 October 1681:

“…from the time of his escape he had subsisted by stealing and highway robbery especially in the counties of York, Derby and Nottinghamshire and hath lately murdered one Fletcher who had a warrant from a justice of peace to arrest him.”

After a tip-off from the landlady of the Three Houses Inn near Wakefield he was tried at York. He was hanged on the Knavesmire on 4 May 1684. He was buried at St. Mary Church, York in an unmarked grave. 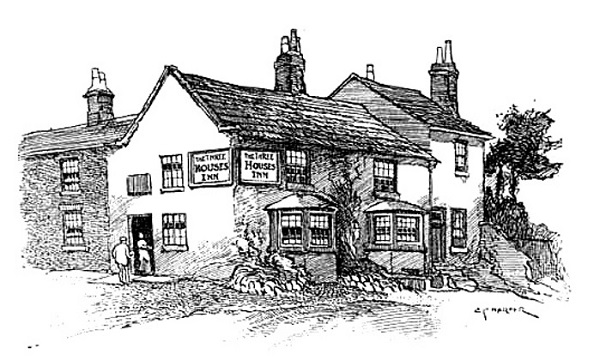 Nevison has come to be associated with the story of “Swiftnicks”. This popular tale concerned a highway robbery undertaken by a Mr Nicks early one morning in Kent in 1676. It was documented in 1724 by Daniel Defoe in “A Tour Thro’ the Whole Island of Great Britain”.

In order to secure a cast iron alibi Nicks dashed to York where he laid a bet on the outcome of a bowls match in the presence of the Lord Mayor that same evening. He is said to have completed the journey via Cambridge and Huntingdon in just 15 hours. Nicks was acquitted. Under the promise of a pardon by Charles II he confessed his crime and was promptly dubbed “Swift Nicks” by the enthralled king.

This all added to his folk hero status in Yorkshire. He was celebrated in songs; he boasts two blue plaques in Wakefield; and he remains a favourite of the York tourist guides. 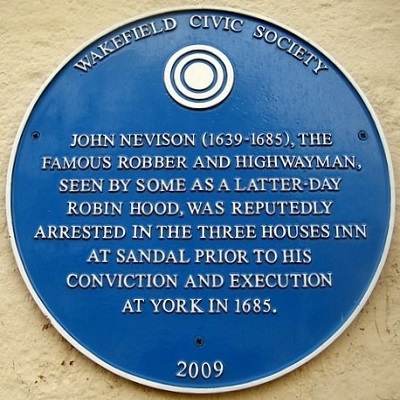 Inevitably, reality is less certain. Nevison is not conflated with the Swiftnicks story in any known contemporary accounts. An attempt in a Victorian novel to make Dick Turpin the “Swift Nicks” hero failed on the basis of historic dates but there are other contenders. Nevison went by several names but Nicks is not known to have been one of them. It has been claimed that Nicks was an associate of highwayman Richard Dudley and that he was later made a captain in the Lord Moncastle’s regiment in Ireland, “where he married a great fortune, and afterwards lived very honest”.

Nevison did not operate alone. In a pamphlet of 1674 was a story headlined “Bloody News from Yorkshire”. Nevison and a gang of 20 attacked 15 butchers who were riding to Northallerton Fair.

According to Thomas Macaulay’s History of England, Nevison chiefly worked the highways of Yorkshire and:

“levied a quarterly tribute on all the northern drovers, and, in return, not only spared them himself, but protected them against all other thieves; he demanded purses in the most courteous manner”.

Mary Brandon apparently acted as housekeeper for the gang. According to her story (retold by Harper) they were:

“John Nevison of York; Edmund Bracy, of Nottingham; Thomas Wilbere, of the same town; Thomas Tankard of Lincolnshire; and two men named Bromett and Iverson. This last was commonly at the Talbott, in Newark, which was their headquarters”

They apparently kept rooms at the Talbot all year round and there divided their spoils. In one year the proceeds came to over £1,500.

By the time accounts were being written about him in the 18th and 19th centuries Nevison was being described as a charming man of tall gentlemanly appearance and bearing. It was claimed he never used violence against his victims. A true “gentleman of the road”.

Harper retells one of the popular stories about Nevison robbing the rich to give to the poor.

“The tale tells of his being at a village inn, when the talk turned upon the affairs of an unfortunate farmer whose home had been sold up for rent. Among those in the place was the bailff, with the proceeds of the sale on him. Nevison contrived to relieve him of the cash, and restored it to the farmer.”

Whilst he may have developed a popular following there is little doubt about his well organised criminality. There is no suggestion that he displayed the politeness and consideration of Claude Duvall who charmed his victims, as illustrated in this 19th century painting by William Powell Frith. 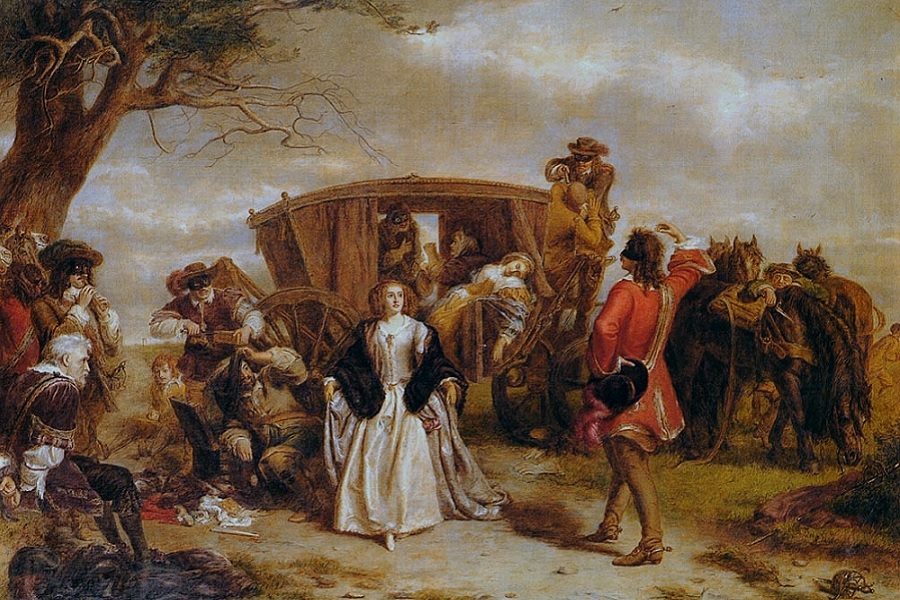