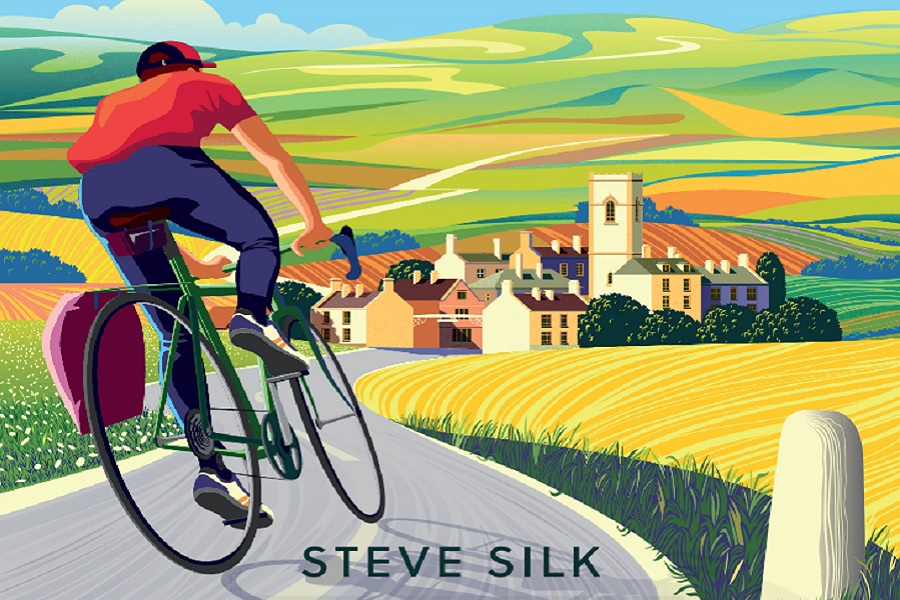 It’s always good to know that my own, hard to explain, fascination with the Great North Road is not unique. Steve Silk has just published a book about the road – based on his recent cycle ride between the two capital cities.

As a tale of athleticism and adventure it hardly compares with Everest, North Face of the Eiger or the South Pole. However, it has its own down to earth charm as Steve battles north against the wind, hills and tempting detours. Steve keeps us well informed about his trials and tribulations as he labours between lodges and B&Bs. There is a little too much information about his need for ‘chamois cream’.

Using Charles Harper’s book as his guide, Steve rediscovers the historic features of the road – as well as the changes which have taken place over the past 100 years. In fact, publication of the book in 2021 was timed to coincide with the centenary of the introduction of the road numbering system in the UK. There had been dispute over which route was to be dubbed ‘A2’ or ‘A3’ but there was never any doubt that The Great North Road would become the ‘A1’.

For me it is the constant thread of diverse stories from across the centuries which encourages you to join Steve on his personal journey. Well researched by family and friends, there are plenty of places, events and tales which I will be returning to as I progress my less strenuous travel along the great road.

Steve is quick to pick out the cycling connections. The Tally Ho pub at North Finchley which was a meeting point in the 1890s for the North Road Cycling Club. At Stevenage he gives air-time to a seldom remembered civil engineer who played a major role in introducing dedicated cycle-tracks to this country (I lived next door to Eric Claxton throughout the 1960s). At Biggleswade he introduces Dan Albone who was a pioneer in the design and production of the revolutionary ‘safety bicycle’ from his ‘Ivel Works’.

Battles are another favourite. Steve reckons at least 25 battles have been fought within 2 or 3 miles of the Great North Road. Commanders clearly found the road convenient when seeking out their foe. The Battle of Empingham took place directly on the line of the road at Tickencote, north of Stamford. On 12 March 1470 Edward IV confronted and defeated a group of Lincolnshire rebels.

Museums are a magnet for Steve. He seems unable to pass by without popping in. And he’s right. Even the smallest often contain quite unexpected treasures. At Thirsk museum he discovers a pub chair which is said to carry a curse made by murderer, Thomas Busby, on his way to the gallows. Then there’s the Durham Mining museum at Spennymoor where volunteers have catalogued the deaths of 24,800 miners across northern England. Not quite a museum but the White Swan Inn at Alnwick contains the first class lounge from the SS Olympic – twin ship to the Titanic. At Belford Museum in Northumberland he finds an old coach ticket entitling the holder to ride The Magnet service between Edinburgh and Newcastle – but only on ‘the outsides’.

The biggest missed opportunity with this book is the dearth of illustrations. Steve mentions various stops to take photos – but they have not made it into the book. This is in marked contrast to Harper’s account which has many sketches made by the author. The publisher has shared some of Steve’s images and they are shown below.

In reading the book I discovered that as well as the Great North Road, Steve Silk and I share quite a few things in common. For example, formative years spent in northern industrial cities; cycling for fun; a love of maps; and an interest in history and industrial archaeology. However, what is also absolutely certain is that I will NOT be following in his tyre tracks to make a 400 mile self-propelled rushed journey alongside dangerous and polluting traffic! There are easier ways to soak up the magic of the Great North Road – including a read of this book. 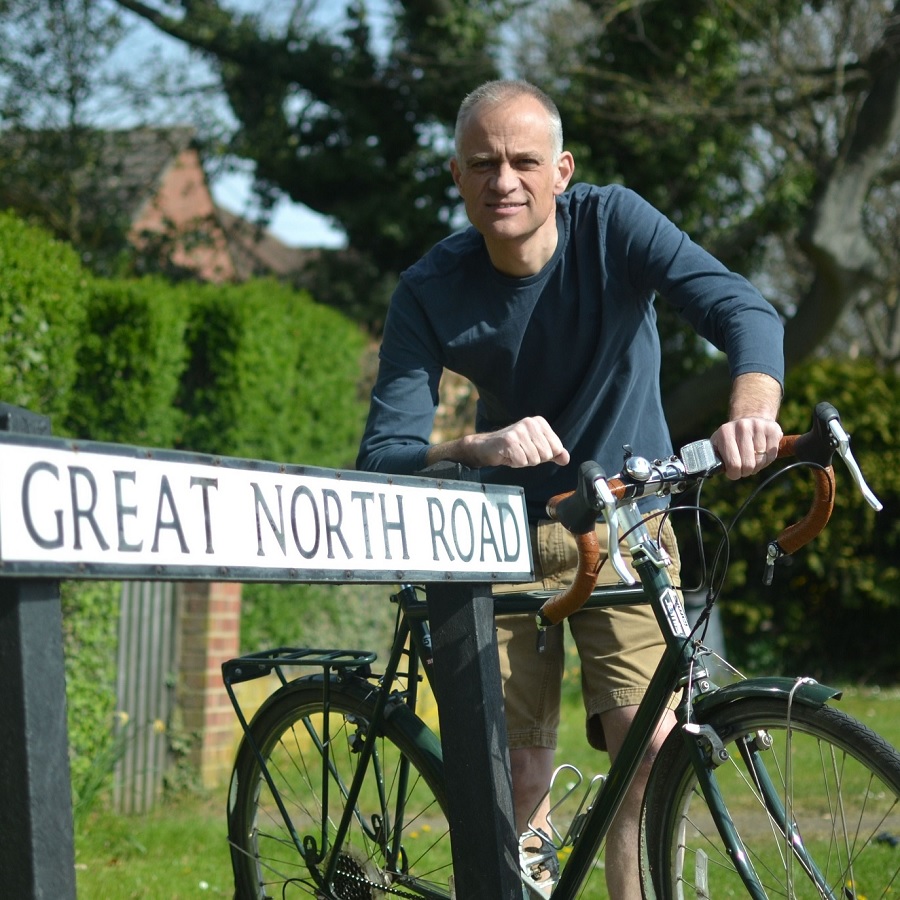 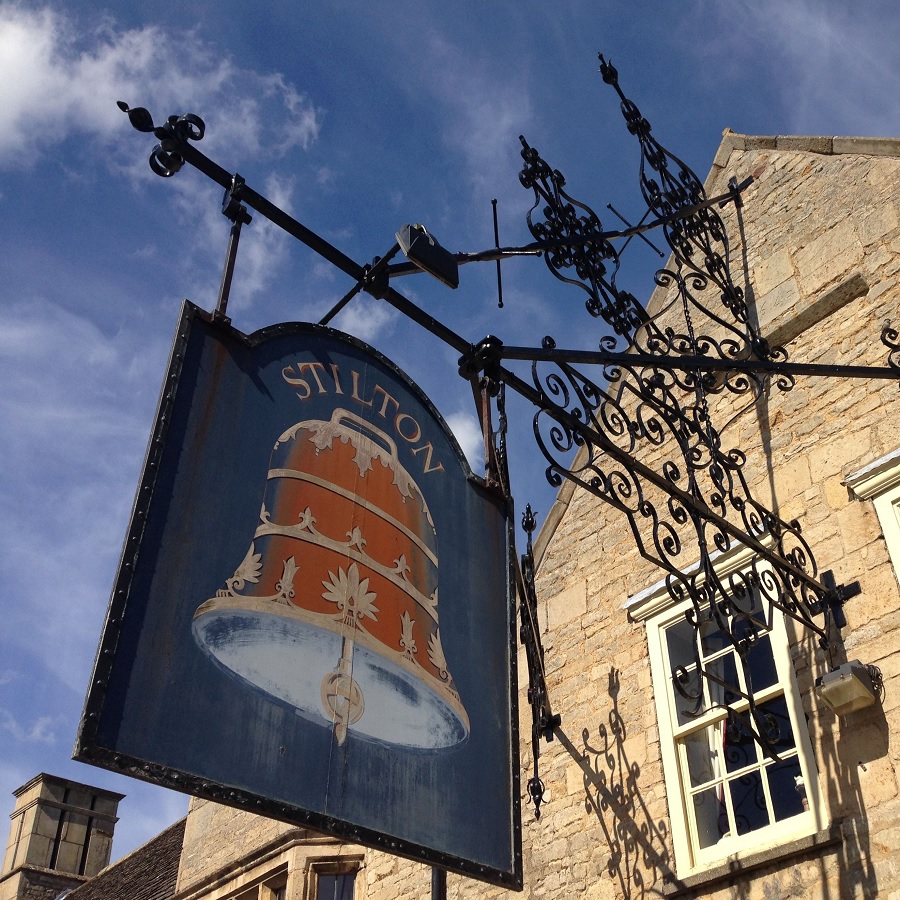 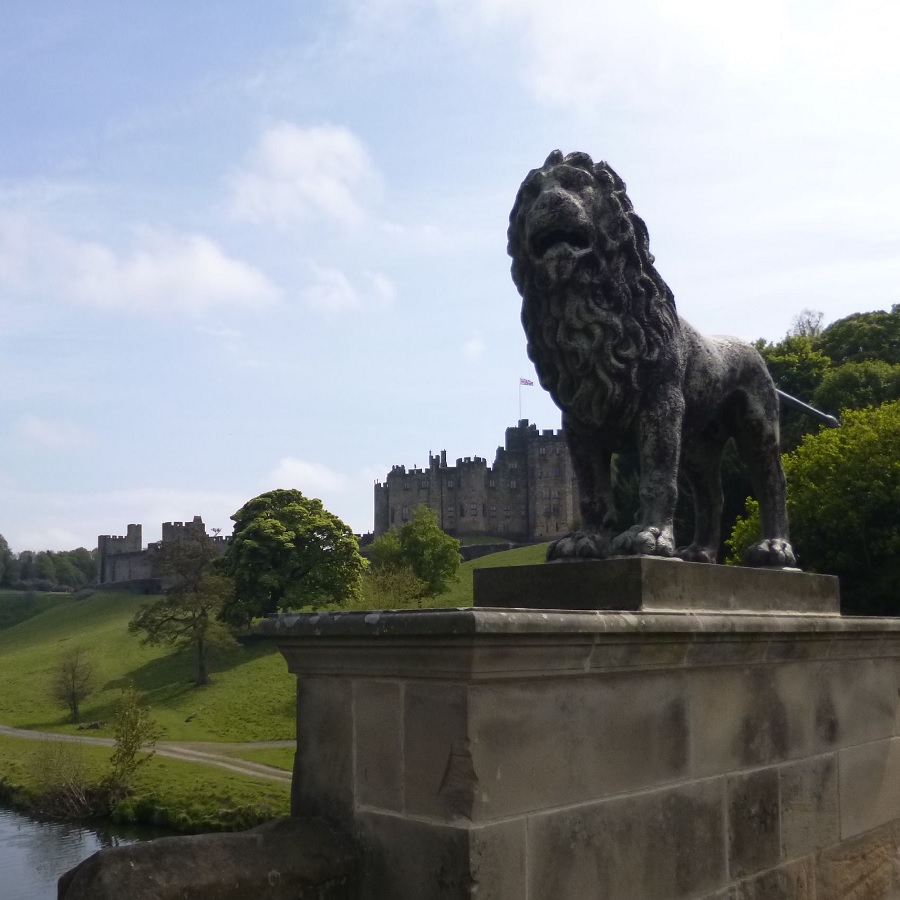 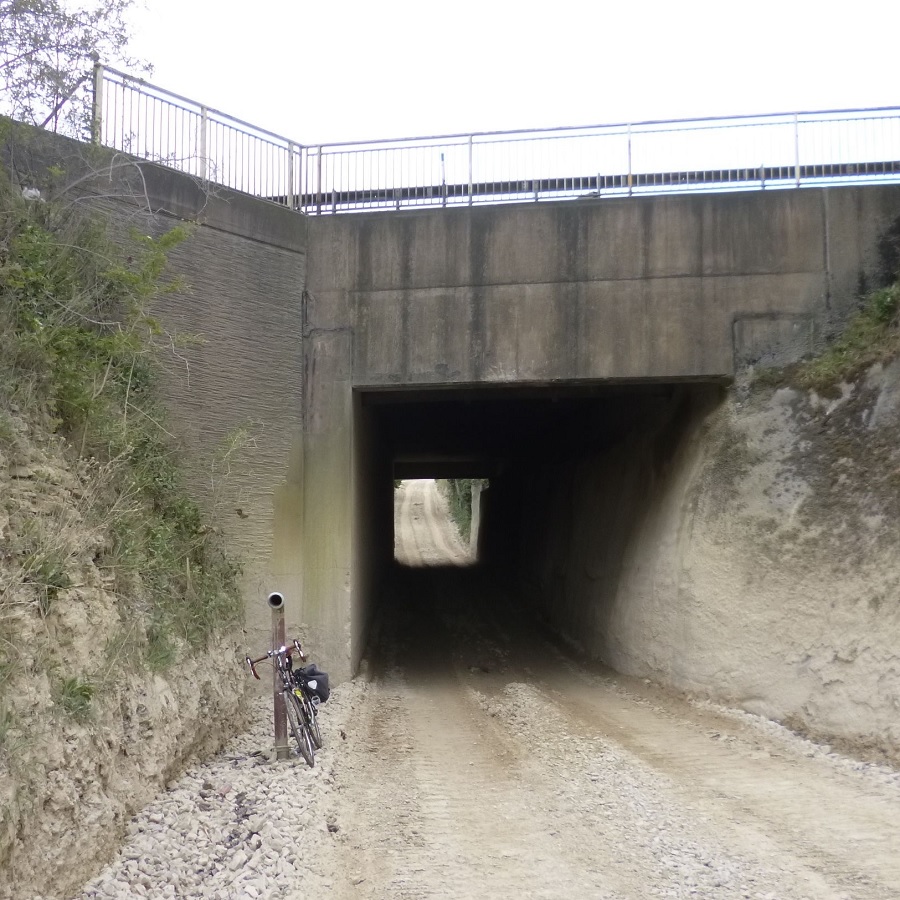 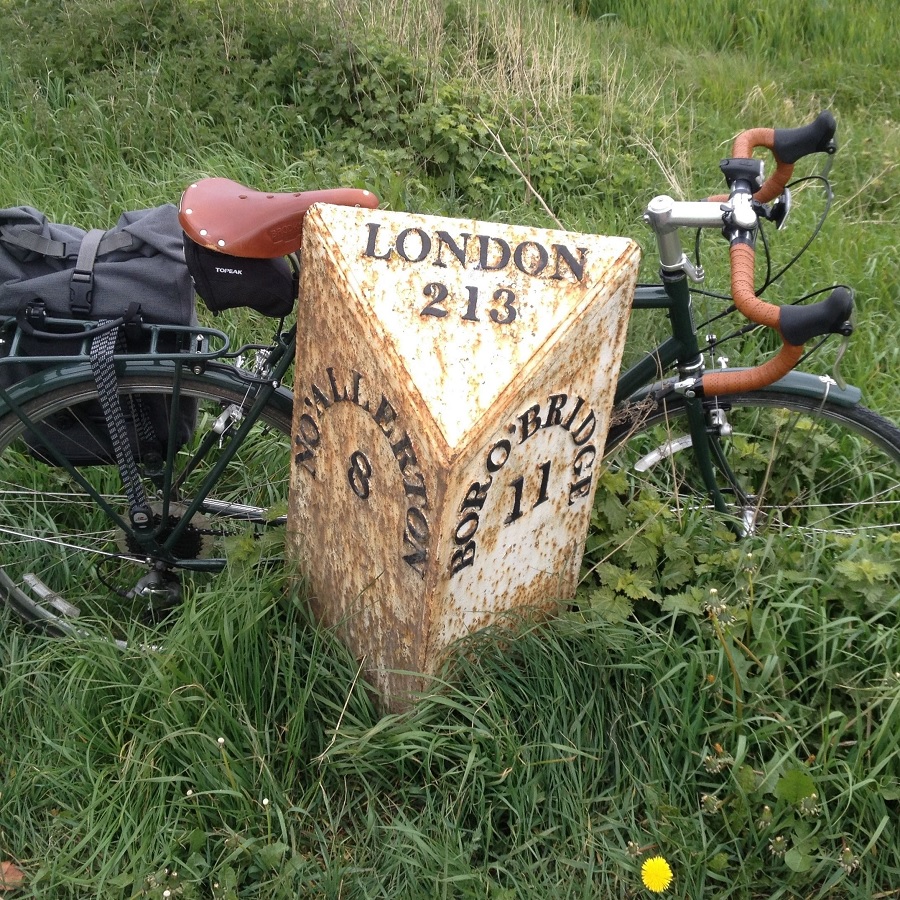 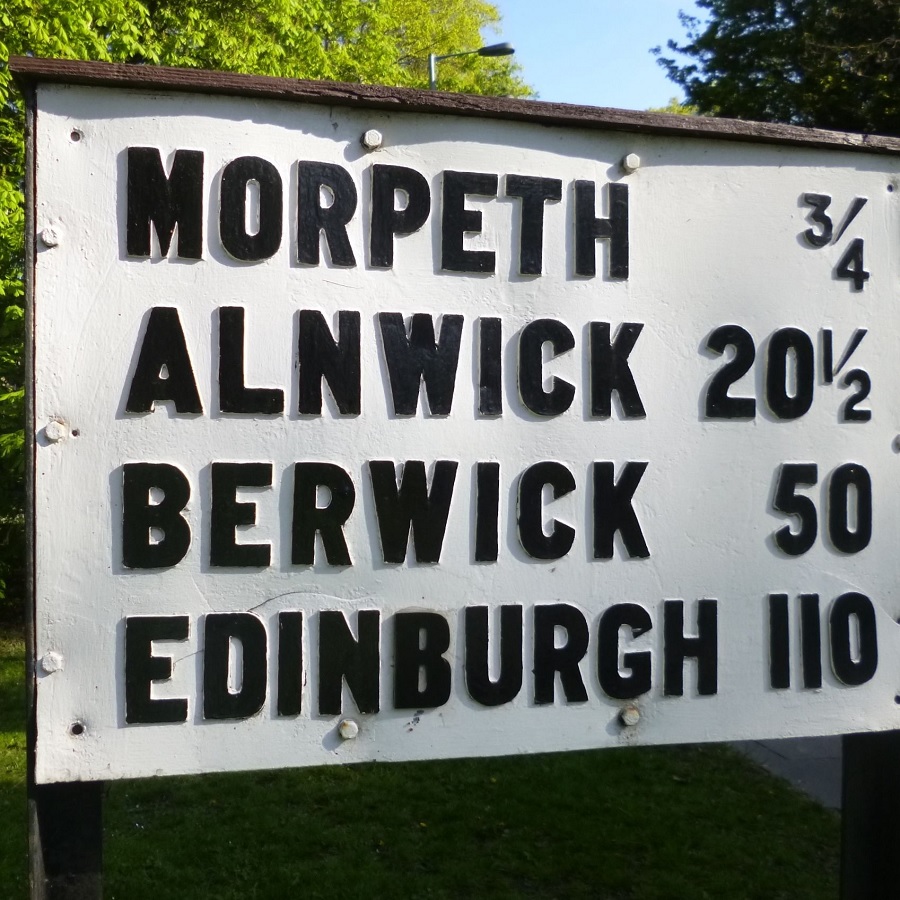 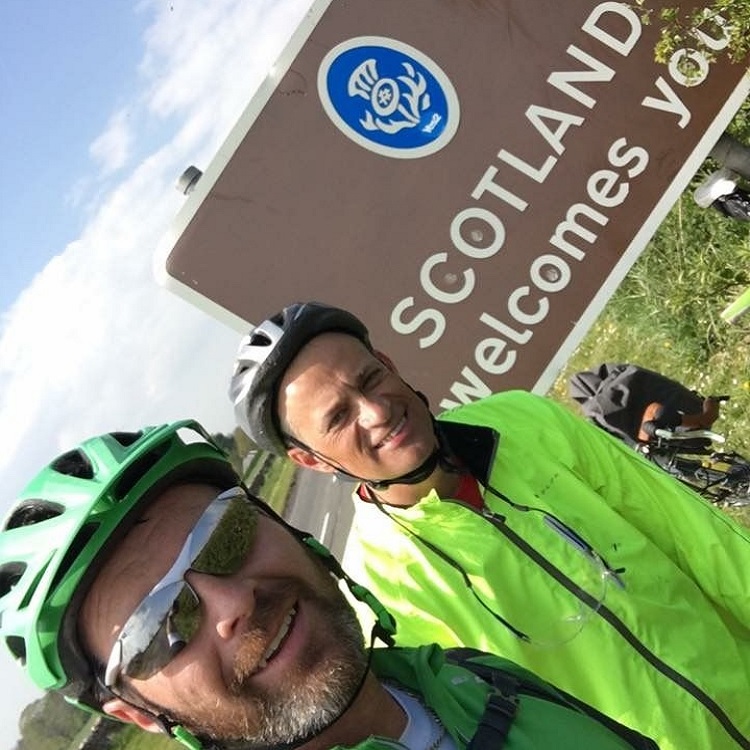 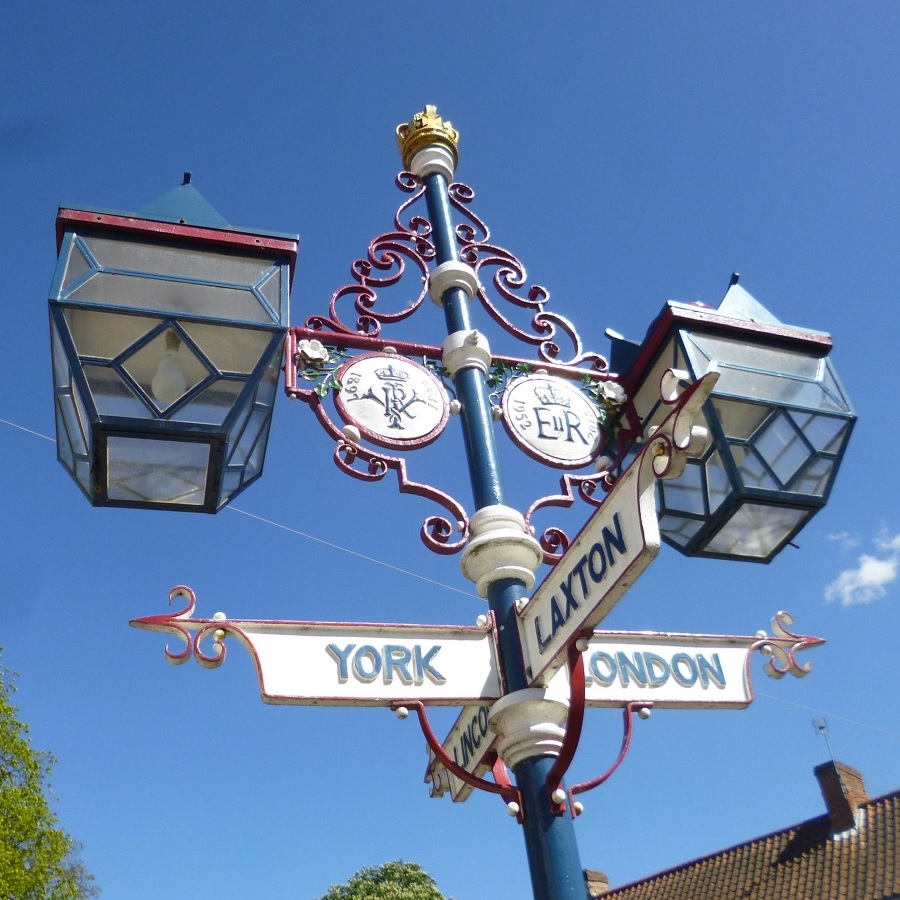 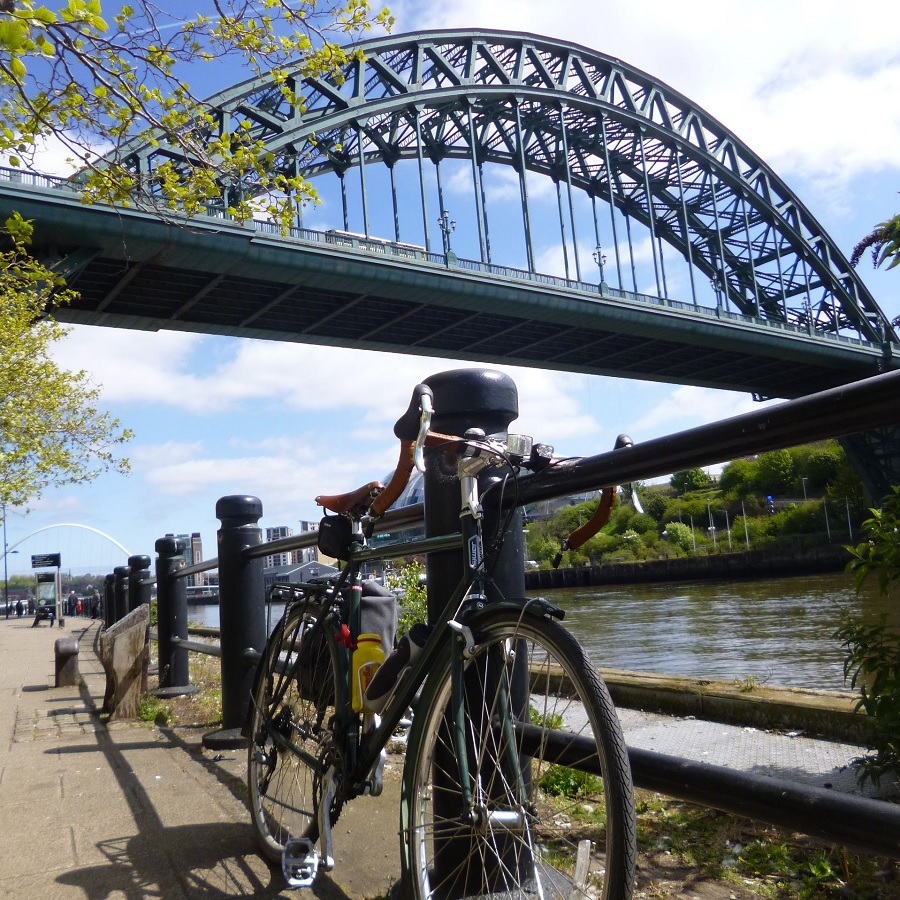 Engineering company, Baker Perkins, operated an overnight Great North Road trunker service between its factories at Peterborough and on Tyneside...

Buckden Palace sits directly alongside the Great North Road. In medieval times it straddled the road in Buckden with the Bishop’s Palace and Little Park to...