Cycling and the Great North Road

Cycling the Great North Road became a popular past time in the late Victorian and early Edwardian period. Today’s car and truck drivers should perhaps remember that the bikes were there first.

There was a definite sweet spot for the cyclists. Road surfaces had been improving but much of the coach and cart traffic was now being carried by the expanding railway network. Bike technology was leaping forward: innovations such as the pneumatic tyre and Sturmey Archer gears received the same hype and excitement as the latest iPhone today (in fact invention of the telephone in the 1870s probably generated rather less attention). And, of course, the earliest motor cars were only slowly starting to emerge – and were severely restricted in terms of speed by both technology and regulation.

The North Road Cycling Club was founded in 1885 to:

“Promote fast and long distance cycling on the Great North and other Roads”.

As well as connecting with a new technology, cycling offered people greater mobility, a way to enjoy increasing leisure time, and a chance to break down some of the restrictions of Victorian society. Cycling was popular with both men and women; indeed some tut-tutted that bicycle rides were being used as opportunities for unsupervised and unchaperoned meetings. Daisy Bell (Bicycle Built for Two) written in 1892 captures the mood of the moment:

Just as now, there were the recreational cyclists happy to meander down country lanes, but also the speed enthusiasts who were out to set records and demonstrate their prowess. The journey between London and York became a prominent objective for the enthusiasts. The first documented time was set by C Wheaton in September 1872. He took 49 hours 10 minutes with an overnight stop in Stamford. That sounds almost pedestrian but bear in mind this was on a bike with front driving pedals, wooden wheels and iron tyres.

George Pilkington Mills was a member of the North Road Cycling Club. The all male membership was recruited from the comfortably off and was in the forefront of the development of cycle sport, particularly road racing. Four North Roaders competed in the inaugural Bordeaux-Paris cycle race in 1891 to “show the Frenchmen how to ride”. Mills was first and his team mates secured second, third and fourth.

The Club was a founding member of the Road Records Association and the Road Time Trials Council (now the CTT). There was public concern about bunched racing on open roads which was said to frighten the horses. A member of the North Road Club duly came up with the Time Trial as an alternative approach. The North Road Cycling Club survives to this day, based in Hertford.

The 1890s saw the growth of many cycling organisations. Soon to be Prime Minister, Arthur Balfour was a keen cyclist who became President of the National Cyclists’ Union which at its peak in 1899 had over 60,000 members.

Another cycling connection which deserves a mention is the Great North Bike Ride. This is an annual charity event which involves a non-competitive cycle ride for 60 miles along the beautiful Northumberland scenic coastline from Seahouses to Tynemouth Priory.

I have not come across any photos of the early days of Great North Road cycling so if you know of any please let me know. What we do have are plenty of images which help provide a general flavour of cycling at this time.

The Raleigh Cycle Company was established in Nottingham in 1888. It was quickly emphasising the speed performance of its bikes. Raleigh was also portraying cycling as a gentle pursuit for ladies. 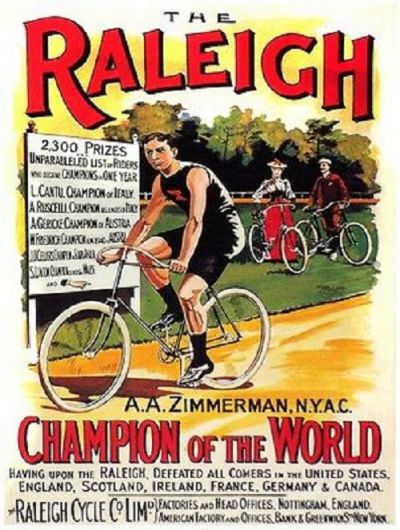 This record holder was American and the Raleigh connection caused him to be banned from “amateur” races in Britain. 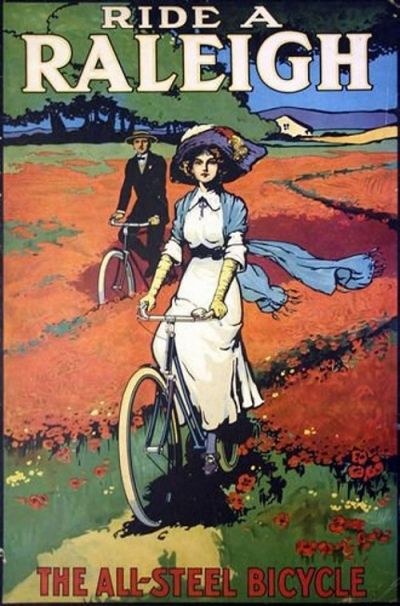 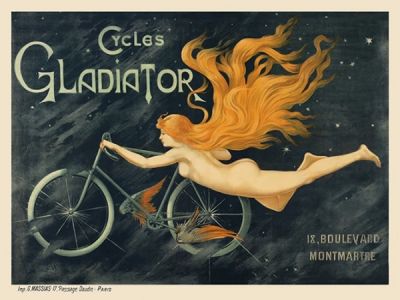 This snippet of video captures a cycling parade in the 1890s: