This Bauhaus inspired building has been a notable feature for travellers on the Great North Road since it was constructed in the early 1930s. Apparently there were other similar restaurants elsewhere along the A1.

Opening in 1932, “The Wansford Knight” roadhouse provided rooms and a restaurant for travellers. In 1936 it became the New Mermaid Inn to replace the (Olde) Mermaid Inn which had been located at the Wansford village crossroads. The restaurant was popular with US airmen stationed at nearby bases. 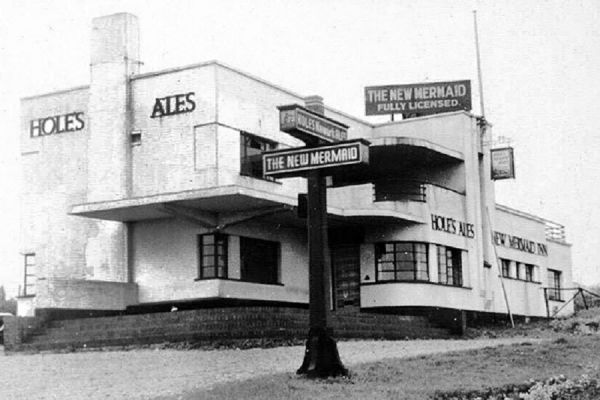 In the 1970s it became a Little Chef restaurant and the south end of the building was re-modelled. 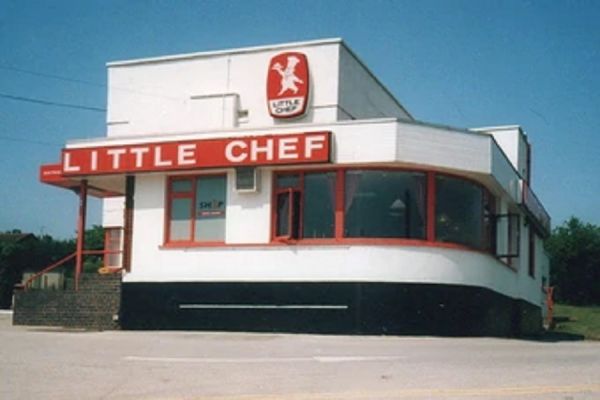 In 2007 the restaurant closed and the building lay derelict for several years. 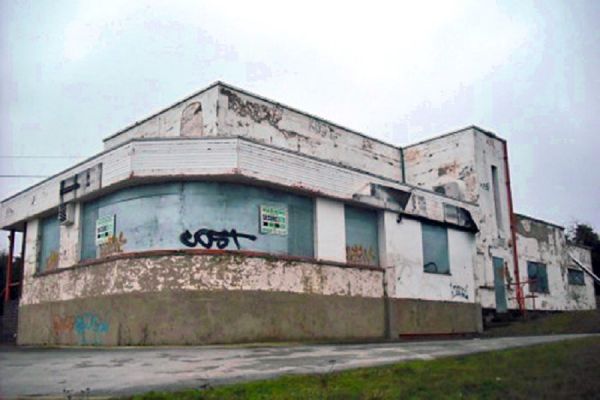 It has now been lovingly restored by architects, Harris McCormack, as their own office. 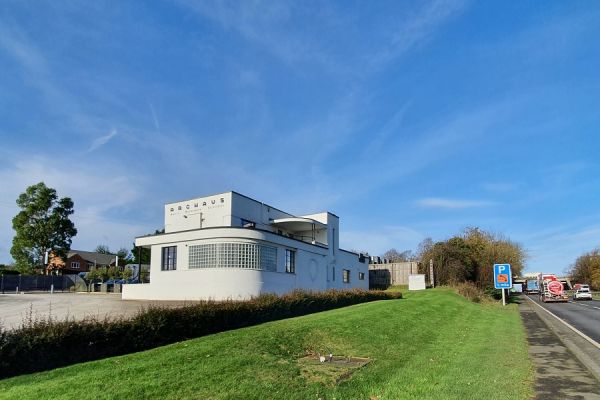 The original “Mermaid” in Wansford village was removed in order to widen the junction of the Great North Road intersection with the A47 Leicester Road. 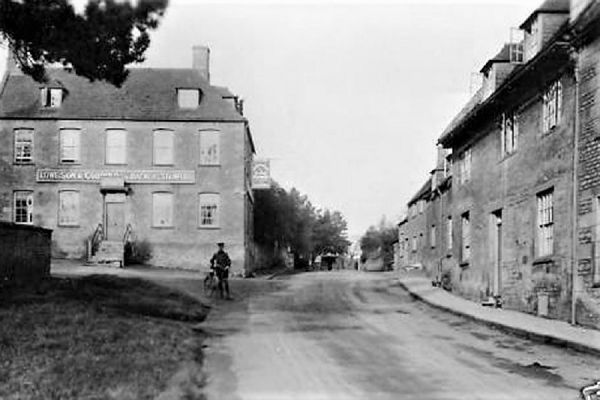 Harper refers to the steep hill on the north side of Wansford bridge going past the Mermaid:

Now that there is no longer a turnpike gate at this point to bring the traffic to a slow pace, this descent is fruitful in accidents, and at least one cyclist has been killed here in an attempt to negotiate this sharp curve on the descent into the cross-road. An inoffensive cottage standing at the corner opposite the “Mermaid” inn has received many a cyclist through its window, and the new masonry of its wall bears witness to the wreck caused by a heavy wagon hurtling down the hill, carrying away the side of the house.