RAF Wittering is located just south of Stamford, Lincolnshire. It was the “Home of the Harrier” and for several decades has been marked by a Harrier Jump Jet anchored firmly to the ground by the main entrance, next to the northbound carriageway of the A1. The road is right under the flightpath of planes approaching from the east.

Military bases need good communications so it’s no surprise that there have been and still are plenty located close to the Great North Road. As well as Wittering, RAF air bases  include Henlow and Leeming. The A15 (Ermine Street) through Lincolnshire includes Cranwell, Waddington and Scampton. There are fewer army bases along the Great North Road – with the very notable exception of Catterick Camp in Yorkshire.

The extensive military base was built on Wittering Heath, a level plateau between the Welland and the Nene. In about AD 921 it was the scene of an important battle when King Edward the Elder is believed to have inflicted a significant defeat on the marauding Danes.

The village of Wittering alongside the airfield includes an ancient church with surviving Anglo-Saxon south wall and nave. 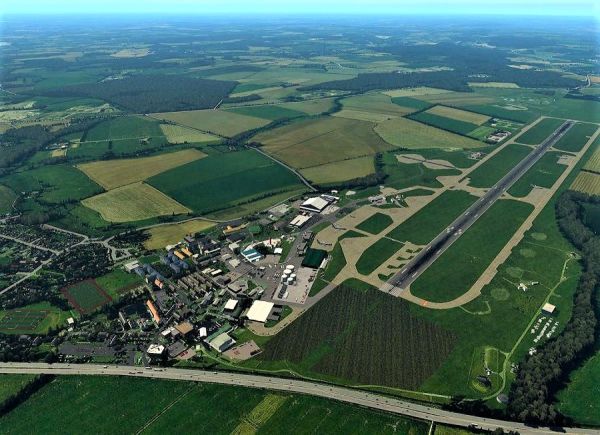 It was during the first World War in 1916 that Major Arthur T Harris of the Royal Flying Corps (later “Bomber” Harris) identified Wittering Heath as a suitable site for a new squadron. Originally established as RFC Stamford, it became RAF Wittering in 1918, initially serving a training base and POW camp. The station was active during the Battle of Britain and the Blitz. The airfield was bombed five times, with seventeen people killed during an attack in 1941. In the early 1950s the base was re-developed to accommodate the V-Force bombers, Valiant, Victor and Vulcan. The Harriers arrived in 1969 and were associated with Wittering for over 40 years.

The Harrier was much loved for its quirky appearance and unique vertical take-off and landing capability. It was less liked by those who had to fly the temperamental and sensitive sub-sonic beast. The Harrrier was a triumph of technological ambition over reliability, practicality and effectiveness. A succession of electrical fires and fatigue cracks forced its early withdrawal from service in 2010.

Wittering was re-activated in 2014, primarily as a flying school, and as a base for logistics and support units. It would be nice to think that once its military purpose comes to an end, the 1.7 square mile site could be allowed to revert to the heathland it once was but, more likely, there will come a point when a cash strapped government will transform it into yet more “much needed” housing. 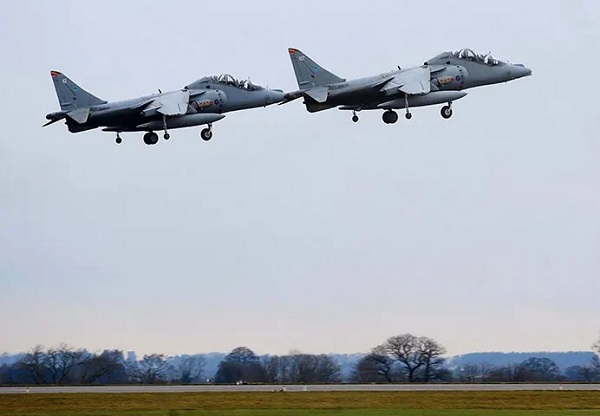 Two Harriers put on a final display with a flypast over seven military bases, Stamford town centre and Lincoln.