Roman Catterick, or Cataractonium, was a fort and settlement which was established just south of the crossing point of the River Swale. Until other military centres were secured further north it was an important and strategic location. It became a commercial centre specialising in tanning and leather working.

If you have travelled along the A1 since November 1959 you have literally driven right through the Roman town.

The route of the north road has remained fairly consistent and as a consequence each re-building of the road has either displaced or overlain what went before. Improvements to the A1 in the late 1950s, early 1970s and mid 2010s have all provided windows on the past in the form of extensive archaeological excavations.

The earliest structure was a fort built in the AD70s by Julius Agricola. There is evidence of earlier Iron Age and Bronze Age settlement and ceremonial sites nearby though not specifically at this location.

During the first century a large bank was created north of the river with an associated gate across Dere Street to control access to the crossing-point. There are also signs of early gravel extraction north of the river, potentially for road construction.

Cataractonium is listed in three of the Antonine Itineraries and in Ptolemy’s survey of Britain. The initial fort appears to have gone out of use by about AD 120 but there were further forts at the site during the next 300 years.

Towards the end of the second century an ancillary town or vicus expanded with shops and houses lining what came to be known as Dere Street, both close to the fort and to the north of the Swale. Recent excavations found evidence of early road-side catering. Several large ovens were associated with open fronted stone and timber structures in the northern suburb.

One of the largest buildings was the Mansio – a guest house or inn for officials. In the late second century it was re-built in stone. Surrounding a central courtyard it covered about 4,000 sq m with one side occupied by a bath house, which eventually had 11 rooms. 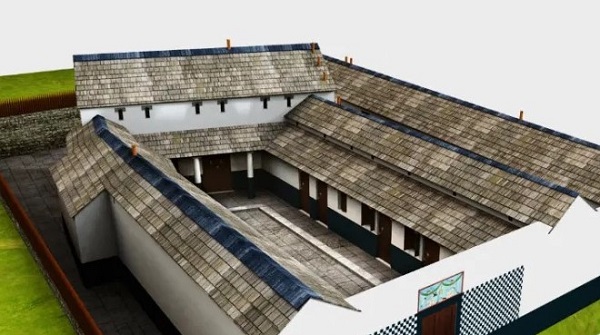 In the early 4th century a defensive wall was erected, encompassing an area of c 6.3 hectares. [A small portion of the eastern section of the wall is visible at Catterick racecourse.]

There are signs of tanneries operating on a large scale at Roman Catterick. Interestingly, one of the Vindolanda tablets (343) refers to this helping to conjure an image of carts carrying supplies north on Dere Street to the army along Hadrian’s Wall. The writer, Octavius (perhaps a merchant) writes to his brother Candidus: 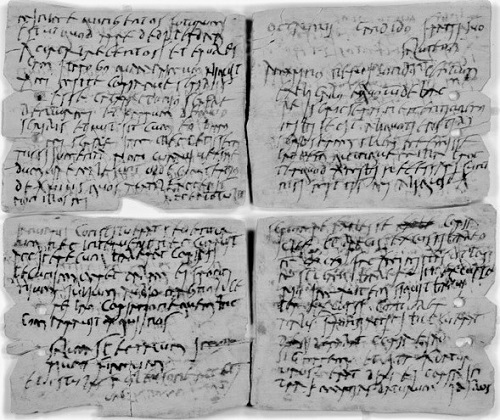 “The hides which you write are at Cataractonium – write that they be given to me and the wagon about which you write. And write to me what is with that wagon. I would have already been to collect them except that I did not care to injure the animals while the roads are bad.”

At least 6 Roman altars have now been found at Catterick. One of the earlier ones discovered in the 17th century (and now lost) had an inscribed dedication particularly pertinent to travellers of the Great North Road. It was documented by antiquarian William Camden: 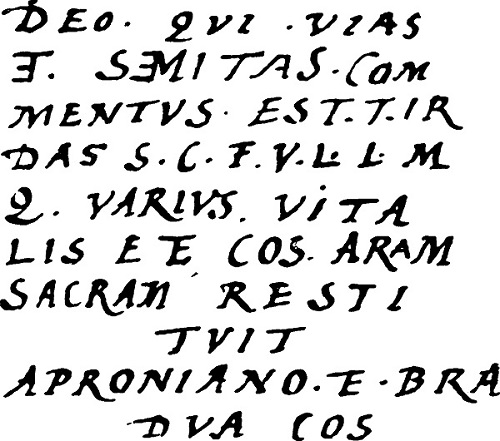 To the god who devised roads and paths Titus Aurelius Dasso, singularis consularis, gladly, willingly, and deservedly fulfilled his vow; Quintus Varius Vitalis, beneficiarius of the governor, restored this sacred altar in the consulship of Apronianus and Bradua.

Two granaries and a 5m deep well were discovered during the most recent excavations. Well preserved contents of the well included the earliest pistachio nut ever found in Britain! 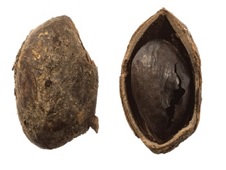 It is clear where Dere Street crossed the Swale but there have been few finds relating to the bridge itself. The exception is a bridge stone, reused in a later floor surface. Carved into that stone is an impressive phallus, a symbol often associated with protective powers.

It appears that post Roman civilian occupation continued in the 5th and 6th centuries but diminished thereafter. A substantial stone retaining wall was constructed in the 6th century to reinforce the southern river bank and protect the southern abutment of a surviving bridge.

The medieval Welsh poem Y Gododdin recounts the battle of Catterick (Catraeth) around AD 598 while, three decades later in AD 627, Bishop Paulinus is recorded by Bede as performing a mass baptism in the River Swale, which flowed by the vicus of Cataracta. 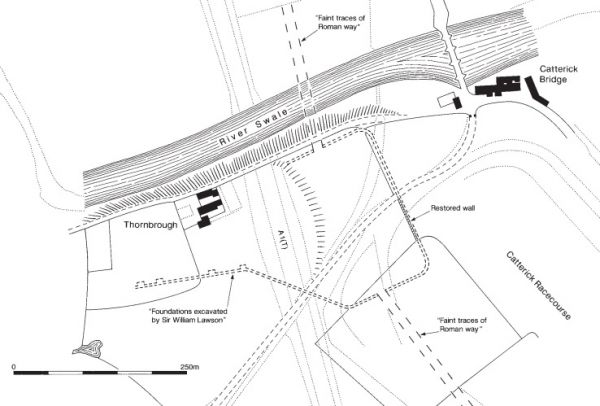 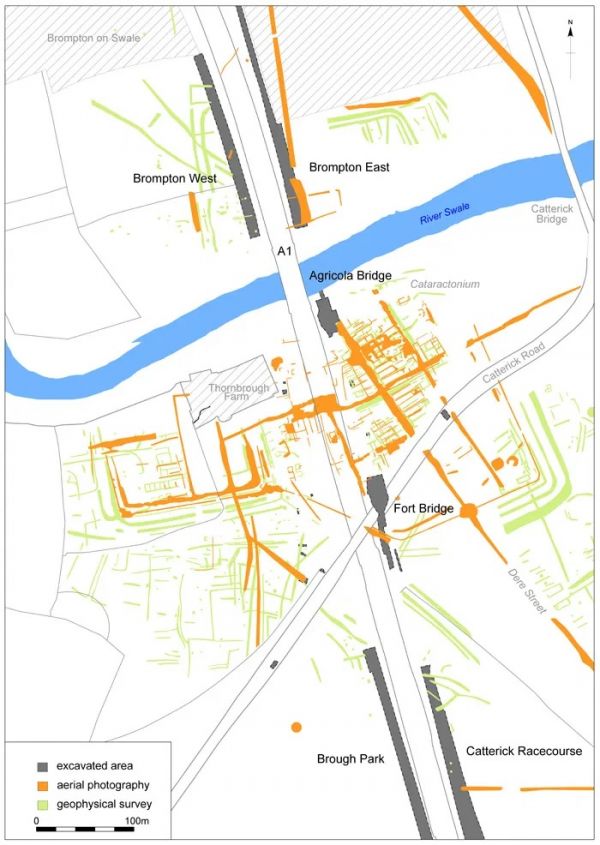 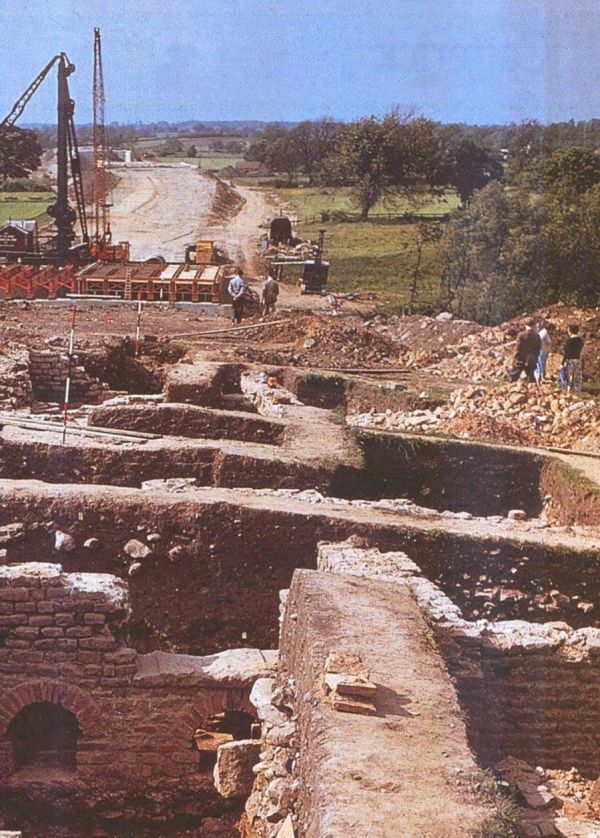 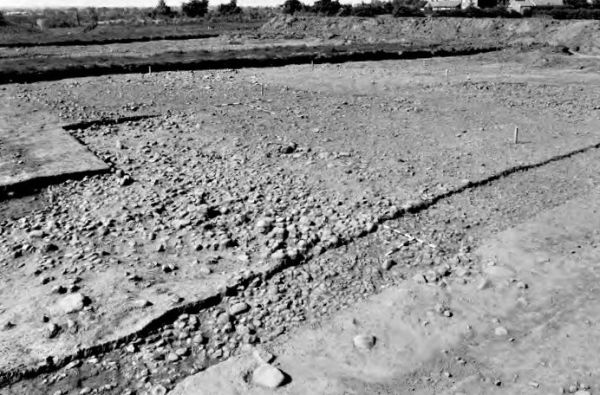 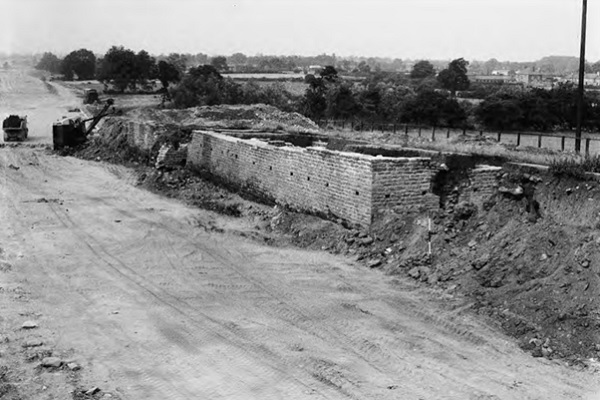 Remains of Roman bath house at Catterick revealed in the 1950s before it was demolished. This was a downsized version of the former Mansio bath house. The walls in places stood 3 m high.