Edmund Boulter was a wealthy businessman and member of parliament who left his mark on the Great North Road.

His properties came to include both Gawthorpe (close to the Wharfe near Wetherby) and Wimpole Hall (by Ermine Street near Royston). He was a regular traveller along the Great North Road and in his later years apparently found it more difficult to mount and dismount from his horse. In the early 18th century he set up a series of mounting blocks (or ‘upping stones’). They were each inscribed with his initials and a date. Some can still be found today.

Daniel Paterson in his Itinerary of Roads in 1788:

“From Stilton to Grantham, at every Mile are Blocks, made of the famous Ketton Stone, with three Steps, which were placed there by a Mr. Boulter, for the easy mounting of his Horse, he being a very corpulent Man, and travelled that road every Week for many Years; each Stone engraved E. B. 1708”

Well, every mile might have been an exaggeration and dates include both 1703 and 1708. Here are a few identified by that august and measured institution, The Milestone Society. They are in Sibson, Castor (relocated), Stamford, and Gonnerby Hill (north of Grantham). Their search continues: 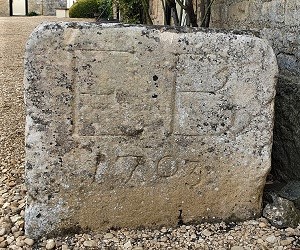 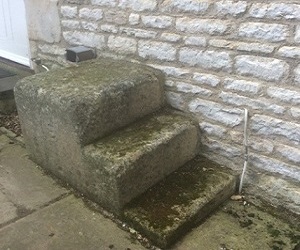 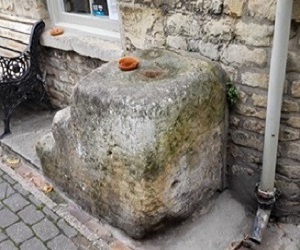 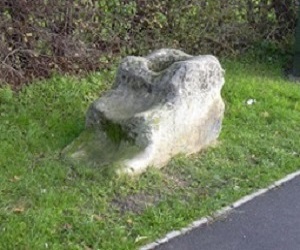 Harper references a block at Water Newton and provides this sketch: 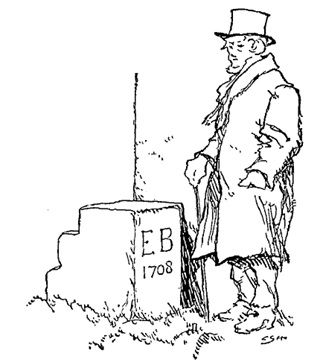 Boulter was born in about 1635. His father was a maltster and twice mayor of Abingdon; his mother was sister of merchant and financier Sir John Cutler. As a teenager Boulter was apprenticed to the Worshipful Company of Haberdashers, one of London’s great livery companies, and he went on to pursue a successful business career.

His uncle, Sir John Cutler, died in 1693 leaving a vast fortune. When Sir John’s childless daughter died less than four years later Edmund Boulter came to inherit the landed estates at Gawthorpe and Wimpole. These were in addition to property that he held (or came to hold) in London, Lincolnshire, Oxfordshire, Hampshire, Kent and Somerset.

Boulter had long-standing links with Boston, Lincolnshire, where he operated a warehouse. In 1698 he became Member of Parliament for the town. He died in 1709.

Gawthorpe was left to his nephew (another Edmund Boulter). Two years after his death in 1736 the old manor house was sold to Henry Lascelles, a wealthy trader with business interests in the West Indies. It was demolished in 1773 to make way for Harewood House. There’s a tomb in the church at Harewood inscribed to the memory of the younger Edmund Boulter. 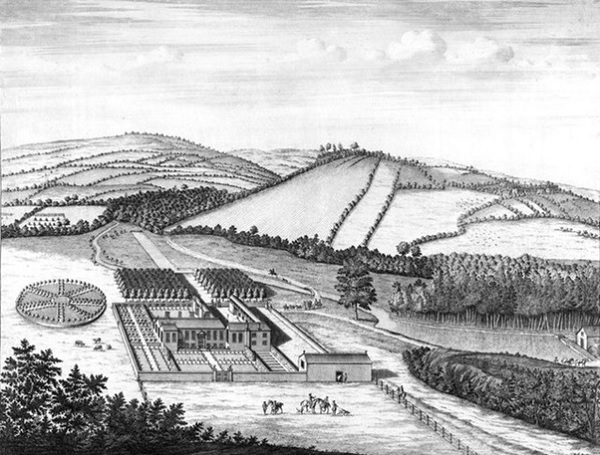 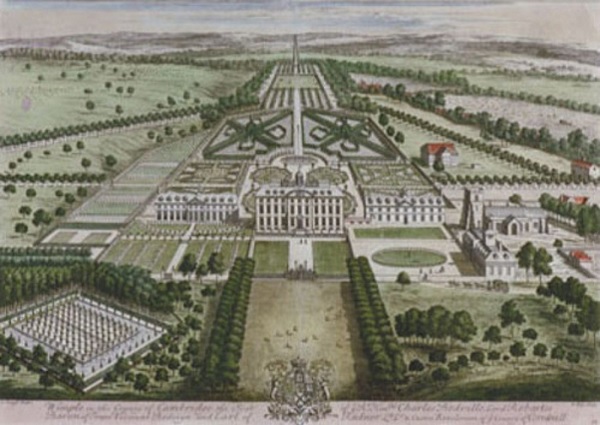 The portrait of Edmund Boulton at the top of this page was painted in 1705 by George Henry Morland. It belongs to the Royal College of Physicians. It seems that Boulton made a generous donation to resolve a debt owed to his uncle who had financed an anatomical lecture theatre in the 1670s.