Alconbury has long been an important junction of major routes. It is where the Old North Road and the Great North Road routes from London converged.

The elaborate milestone pictured above indicates 64 miles to London by way of Huntingdon, Royston and Ware; and 4 miles further by the newer route via Biggleswade and Hatfield. A 72 mile option via Cambridge is also indicated.

Somewhat surprisingly, and easily missed, the signpost is still there, on an isolated strip of ground between the original road and the new 8 lane motorway. The 300m marker by the side of the motorway indicates the upcoming branch towards Huntingdon. 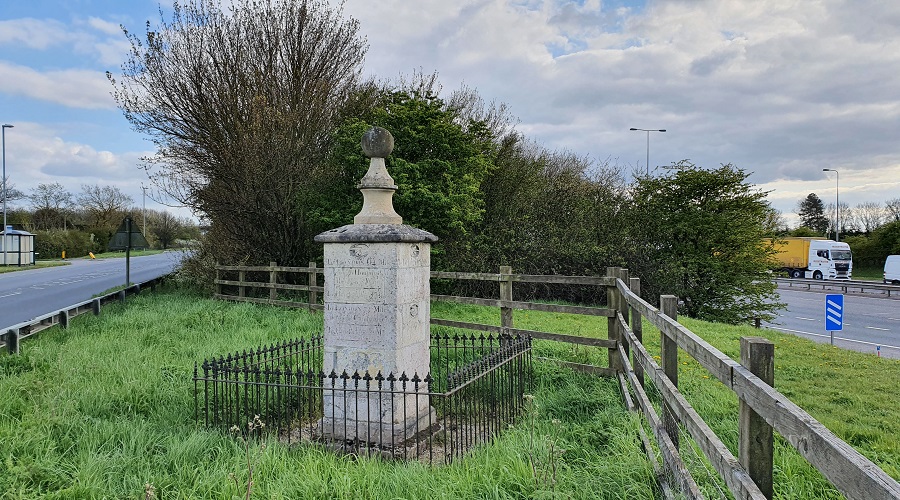 Since Roman times, and probably before, it was where the routes from the Suffolk coast to the Midlands and the North-West crossed the north road.

The modern A14/A1 junction moved south in 2020 towards Brampton but the alliterative sentiments of Frank Goddard are in no way diminished:

“This melee merges at the inverted funnel of the Alconbury junction in a calamitous cacophony of cars, coaches, container trucks, cumbersome juggernauts, caravans and their countless consorts in an endless line of chariots, the sight of which on their Ermine Street would have put more fear into the Romans than Boadicea and the Iceni ever did.”