The site of Sawtry Abbey is squeezed between the Great North Road and the east coast mainline railway. Not far away you can find Monks Wood and Abbots Ripton. 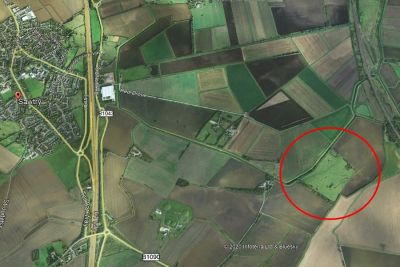 The Cistercians, or ‘White Monks’ , played a major role in the religious and economic life of medieval England. There were 100 abbeys across the country. Some, such as Fountains and Rievaulx, were immensely wealthy – and remains of their vast structures are clearly visible. Other, such as Sawtry, never quite achieved the same scale and grandeur. The Abbeys were effectively part of the governance structure of England as a relatively newly unified kingdom. It is no coincidence that they are often close to major transport routes.

The Abbey of Saint Mary was founded in 1147 by Simon de Senlis, earl of Huntingdon and Northampton whose family descended from William the Conqueror. The abbey was the first house colonised by monks from the abbey of Warden near Bedford. The abbey took 91 years to construct, built of local stone from Barnack.

Proximity to Ermine Street (Great North Road) resulted in Royal visitors staying at Sawtry on their north-south journeys. Several royal documents were dated there between 1235 and 1334 and Edward II is recorded as staying there in 1315.

Henry VIII’s divorced Queen Catherine, died nearby at Kimbolton Castle in January 1536. Her cortege stayed overnight at Sawtry Abbey on its way to the Cathedral at Peterborough Abbey, where her tomb can still be seen to this day. Historian Patrick Williams describes the occasion:

“The procession consisted of a crucifer, sixteen priests and gentlemen, Catherine’s chamberlain and steward carrying their rods of office, around ten heralds wearing mourning hoods, the wagon bearing the coffin and escorted by thirty-six maids and fifty servants of the gentlemen all carrying torches, seven ladies acting as chief mourners, and nine ladies who were the wives of local knights.

The procession halted at Sawtry Abbey, nine miles from Kimbolton, and Catherine’s coffin was taken to the choir of the church there and placed under a canopy. Williams describes how Abbot William Angell burned 408 candles in an overnight vigil.”

Sawtry never acquired any great size or prosperity. At the time of the Dissolution in 1536 the abbey had a net annual income of £141 and a community of seven monks. A survey taken, just after the Dissolution suggests fairly basic accommodation, though the abbot’s chamber had a feather bed and white curtains.

By the early nineteenth century little of the house was left standing and the foundations of the buildings were being dug out for road stone. Today the whole precinct is defined by earthworks, which clearly show the robbed out walls. The site lies close to Abbey Farm.

Excavations have revealed the layout of most of the abbey, including the foundations of a church, and gate-house with a bell tower. The church was cruciform with short transepts and choir. The cloisters were located to the south and to their East was an infirmary or Abbots lodging. A guest house was situated south-west of the cloister. There was a network of adjacent ditches and waterways which would have provided connection to Whittlesey Mere to the north. 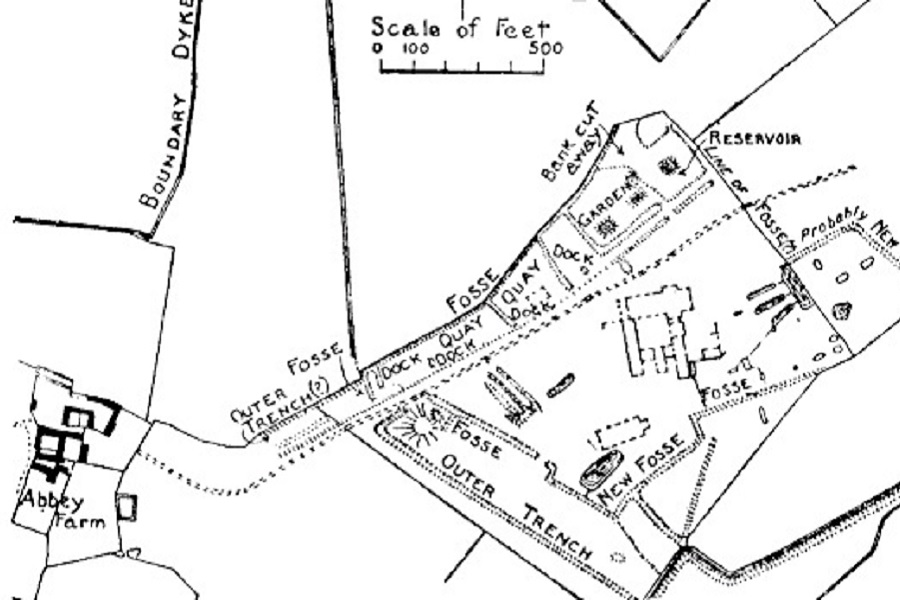