John Ogilby’s Britannia  was an early road atlas of England and Wales. Each of his chosen roads was displayed in linear form. The route from London to “Barwick” comprised 5 plates, each with 6 sections.

The 339 miles are all numbered – and furlongs indicated by dots! Note that a solid line for the road edge indicates enclosed rather than open land. 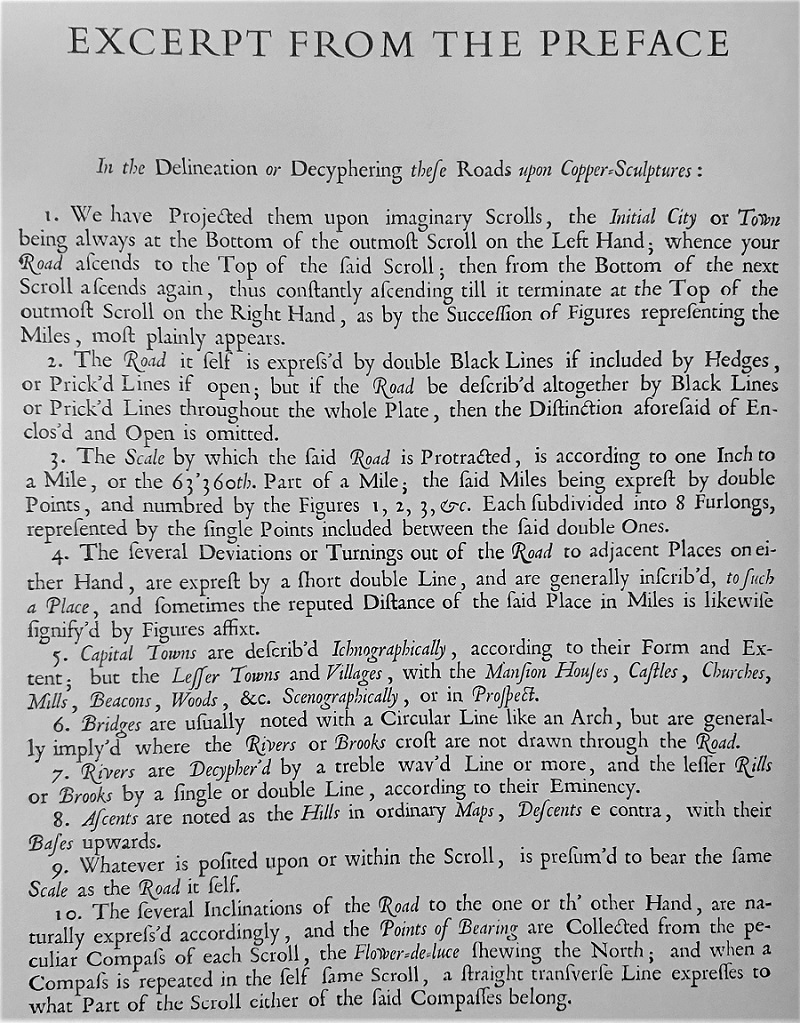 Ogilby’s Britannia measured distances from “The Standard” in Cornhill, London. This was a water cistern with four spouts made by Peter Morris, a German, in 1582. It was the first mechanically pumped public water supply in London and stood at the junction of Gracechurch Street, Bishopsgate Street, and Leadenhall Street. The water ceased to run at the end of the 16th century but the Standard remained until 1674. As well as being the datum for Ogilby, many of the milestones erected along the new turnpikes were referenced to this point. 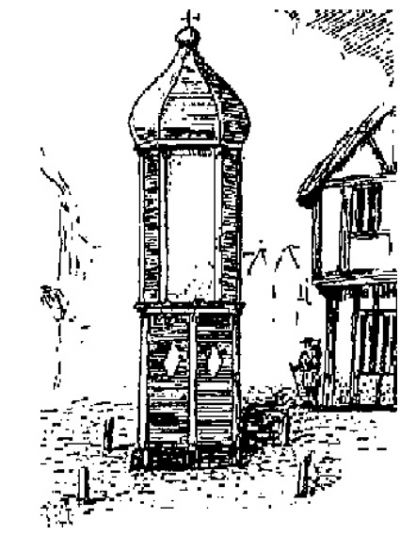