Isaac Newton was born on 25th December 1642 at Woolsthorpe close to the Great North Road near Colsterworth.

Woolsthorpe Manor is now a National Trust property. It is 8 miles from Grantham and lies about 600m west of the current A1. It is close to where the original Ermine Street branched east towards Ancaster and Lincoln. For the last 300 years it has been a stopping off point for travellers of the Great North Road who wish to learn more, or pay their respects to a genius of mathematics and physics.

Newton went to school in Grantham before embarking on his academic studies at Cambridge. As one of the most brilliant “natural philosophers” of his time he helped lay the foundations for our scientific age. His laws of motion and gravity shape our understanding of the world around us to this day.

Newton was obsessive, arrogant, temperamental, egotistical and made enemies. However, he was admired and held high office in academic, political and commercial roles. He was deeply religious but as with his approach to other topics he challenged orthodoxy and always sought deeper knowledge.

It is usually claimed that Newton was born in the house still standing, in the first floor room at the north end of house, now called the Red Chamber. According to these stories the house we see today was built either by Isaac Newton’s grandfather, Robert Newton, in the 16th century on the foundations of an earlier manor house. However, research by one of Newton’s descendents, Russell Newton, points to a different story – that the present house was in fact built next to the original manor house between 1646 and 1653, the original being pulled down about 150 years later.

He was born into a wealthy family but his father, also named Isaac, died shortly before he was born. When his mother re-married she left young Isaac in the care of his maternal grandmother. From the age of 12 to 17 Newton attended The King’s School, Grantham. Anger felt towards his mother and step father seemed to drive his academic determination. He became a model student and in 1661 was admitted to Trinity College, Cambridge. By the time he graduated in 1665, he had discovered the generalised binomial theorem and begun to develop a form of calculus – which would be central to a mathematical understanding of his laws of motion.

He continued his studies at Woolsthorpe for 2 years whilst the university closed as a precaution against the Great Plague. It is suggested that it was here that Newton observed the fall of an apple from a tree in the garden that culminated in his law of gravity (captured in the 19th century painting by Robert Hannah above). There is sadly no evidence to support the myth that the apple landed on his head.

Newton’s academic rise was rapid once he returned to Cambridge in 1667. He was elected a Fellow of Trinity before he was 25, Master of Trinity College by 27 and Fellow of the Royal Society by 30. His seminal work, Philosophiae Naturalis Principia Mathematica was published in 1687. The book states his 3 universal laws of motion defining the relationship between all objects and the forces acting upon them. It laid the foundations for the technical innovations which underpinned the Industrial Revolution and it provided the framework to accurately interpret and predict the movement of planets, comets and other celestial bodies.

He applied his broad ranging intellect to many scientific challenges of the day. This included a major contribution to the understanding of optics and the behaviours of mirrors and prisms. He built the first successful reflecting telescope in 1668. Other topics studied ranged from biblical chronology to a persistent interest in alchemy.

In 1693, Newton suffered a nervous breakdown and suspected that friends were conspiring against him. It is reported that after working five nights in a row, Newton wrote letters wishing dead the philosopher John Locke and MP Samuel Pepys. He later apologised to them and it seems that his public reputation was not damaged.

Newton was twice a Member of Parliament for Cambridge University and for the last 30 years of his life from 1696 to 1727 was Warden then Master of the Mint (then located in the Tower of London). It would seem he devoted rather more time and energy to the second of these roles. There was a high proportion of counterfeit coins when he started at the Mint prompting a huge project to recall the old currency, and issue a more reliable one. Newton immediately set about identifying and prosecuting illegal “coiners” with puritanical zeal.

Newton was made President of the Royal Society in 1703. In April 1705 Queen Anne knighted Newton during a royal visit to Trinity College, Cambridge, probably reflecting political loyalties rather than simply academic achievement. During the later years of his life Newton moved from Cambridge to London then spent his final years with his niece at Winchester. At his funeral in Westminster Abbey he was lauded as the ‘the greatest man’ of his generation. 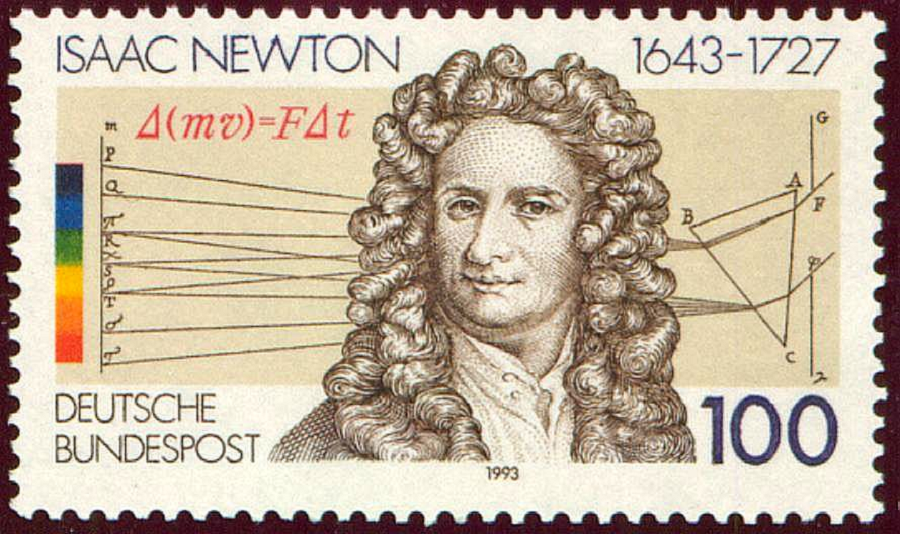