John Muir was a 19th century conservationist who pioneered the national parks concept in the USA. He was born in Dunbar in 1838.

The citizens of Dunbar hold him in high regard, as will anyone who has had the opportunity to enjoy his legacy in locations such as Yosemite. In 2019 a 5m high statue was erected in his memory, close to a roundabout on the A1. It features an enormous bear. 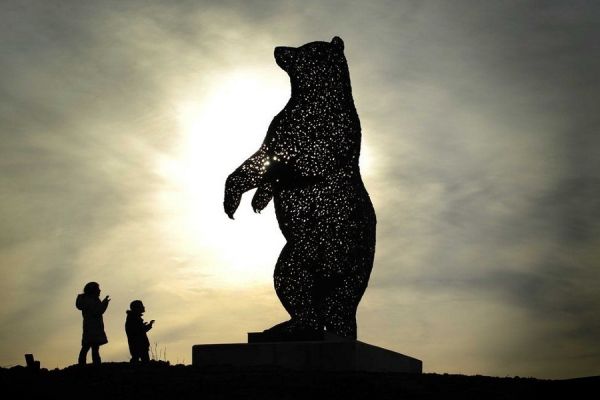 John Muir’s family lived in the High Street in Dunbar until they emigrated in 1849. John started school when he was 3. Four years later he was at Dunbar Grammar School.

In Wisconsin, John worked on his father’s farm, receiving no formal schooling but teaching himself mathematics, geometry, literature, and philosophy. He liked to build devices such as clocks and tools, and at the age of 22 left home to exhibit his inventions at the State Fair in Madison. He received his first public recognition and went on to study at university before starting a promising career as an engineer.

His passions then steered him towards a less conventional path. In the 1860s he embarked on long distance walks across America and made his first forays into the Sierra Nevada. For a while he made his home in Yosemite and by the mid-1870s was becoming known as a writer on natural history topics. Muir drew attention to the devastation of mountain meadows and forests by sheep and cattle. His advocacy for the protection of the natural environment made a real impact.

In 1890, due in large part to the efforts of Muir and his publisher, an act of Congress created Yosemite National Park. Muir was also personally involved in the creation of Sequoia, Mount Rainier, Petrified Forest and Grand Canyon national parks. He helped found the Sierra Club in 1892 which continues to fight for the protection of the environment.

He became something of a celebrity and met three US presidents including Theodore Roosevelt with whom he camped in Yosemite in 1903.

Muir’s writing has left an impressive collection of reflections and quotations which resonate strongly over a hundred years after his death in 1914:

“Between every two pine trees there is a door leading to a new way of life.”

“Climb the mountains and get their good tidings. Nature’s peace will flow into you as sunshine flows into trees. The winds will blow their own freshness into you, and the storms their energy, while cares will drop off like autumn leaves.”

“When we try to pick out anything by itself, we find it hitched to everything else in the Universe.”

“These temple destroyers, devotees of ravaging commercialism, seem to have a perfect contempt for Nature, and, instead of lifting their eyes to the God of the mountains, lift them to the Almighty Dollar.”

“I might have become a millionaire, but chose instead to become a tramp”.

Scotland of course likes to retain its claims on John Muir. A 134 mile coast to coast walk bearing his name connects Dunbar to Helensburgh on the Firth of Clyde, including a section through Edinburgh. The John Muir Trust cares for 60,000 acres of wild land including the summit of Ben Nevis and part of the Cuillin on Skye.

You can still take a detour from the Great North Road to visit this great man’s restored birthplace in Dunbar thanks to the John Muir Birthplace Trust. 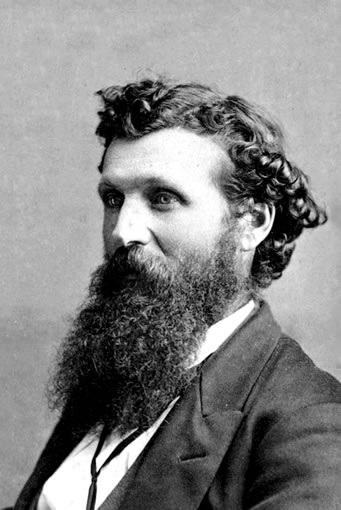