The giant cooling towers of Ferrybridge power station represented an important psychological milestone for those travelling the Great North Road in the 20th century. Visible for many miles they sometimes projected an ethereal beauty with cloud puffing; or on other occasions, an overpowering sense of gloom and northern grime. Disastrously, in 1965 several of the towers collapsed in a violent wind.

Until it was bypassed in the 1960s the narrow bridge at Ferrybridge was a pinch point on the A1 which caused long delays in the shadow of the power station.

The first power station was constructed in the mid-1920s on a 135 acres (55 ha) site with good access to coal and water, and with convenient river, rail and road transport. An additional power station was added in the 1950s. The map below illustrates its location close to the old bridge carrying the Great North Road. The River Aire is flowing from north to south at this point necessitating a kink in the road. 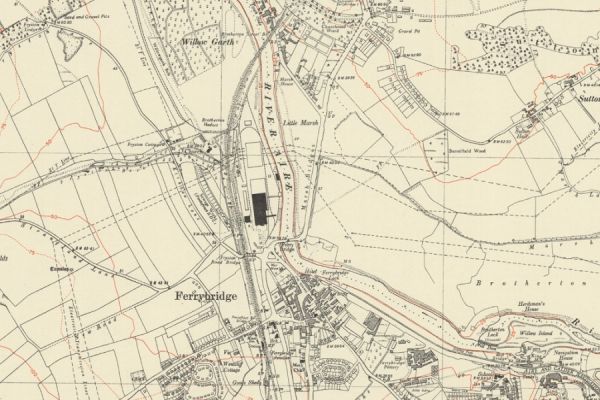 A third power station, “C”, was constructed in the early 1960s. It included two tall chimneys and eight cooling towers. Whilst individual elements were engineered to withstand all likely weather conditions the designers failed to appreciate that the interaction between them was capable of creating dangerous vortices. On 1 November 1965, three of the cooling towers collapsed. 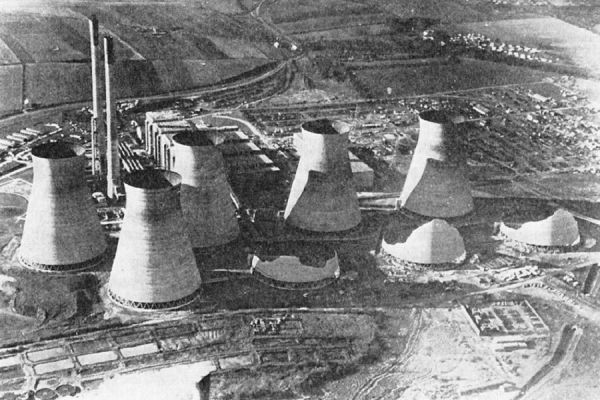 Power station C suffered another set back in 2014 when a major fire broke out in a plant used to remove sulphur dioxide from flue gases. Electricity production ceased in 2016 and the plant has seen subsequent demolition – including the flattening of four towers by controlled explosion in October 2019. 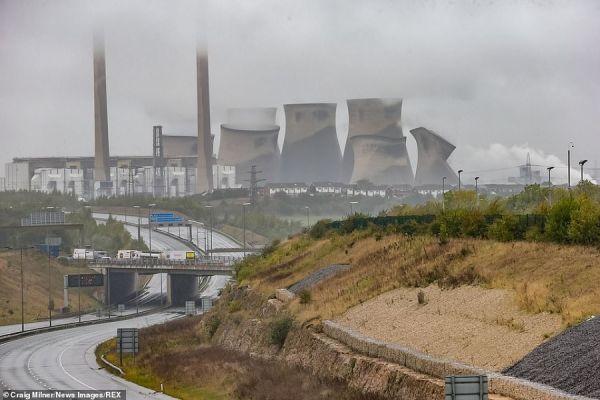 The small town of Ferrybridge marks the crossing point of the River Aire by the Great North Road. The first recorded bridge was built in 1198. It was rebuilt at the end of the 14th century with a chantry chapel at one end.

In March 1461 the bridge was the site of a preliminary skirmish between Lancastrian and Yorkist forces in the Civil War. The Yorkist supporters of Edward IV took the bridge but came under intense attack the following day. Shortly after, a battle involving 50,000 soldiers, and often regarded as the bloodiest ever on English soil, took place just a few miles to the north towards Tadcaster at Towton.

By the early 17th century the main Great North Road coaching route was via Ferrybridge. The Angel and other coaching inns served passengers, coachmen and their horses. Ferrybridge was close to the junction for those travelling to and from York.

With increasing road and river traffic the old bridge was inadequate. Construction of a new bridge started in 1797. With 8 round-headed arches, it was eventually opened in 1804. The bridge continued to carry the Great North Road until it was replaced in 1967 as part of a by-pass project. [The initial contractor for the bridge went into liquidation meaning construction and disruption went on for three years.] The old bridge no longer carries traffic but you can still walk over it. 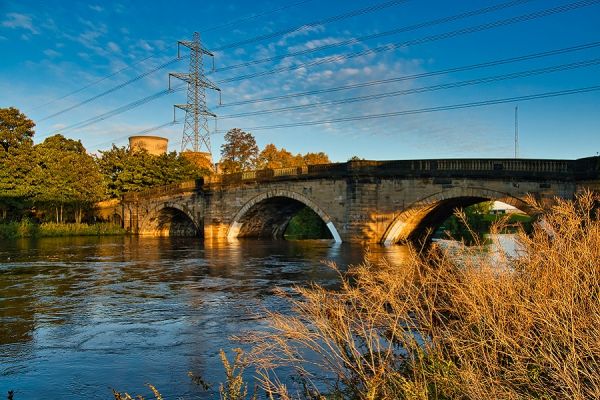 The route of the A1 was changed again in 2005, temporarily running parallel with the trans-Pennine M62 then sweeping around the west side of the power station site (primary image at top of page).

Whilst electricity generation at Ferrybridge is set to end soon there’s another important power plant complex nearby – and its 12 cooling towers are within sight of the A1. The giant complex at Drax is 10 miles to the east. Built to devour vast quantities of coal it now claims to be a beacon for renewable energy. This is achieved by burning 7.5 million tonnes of sustainable biomass each year – mainly wood pellets, imported from the US and stored in four enormous silos at the site. 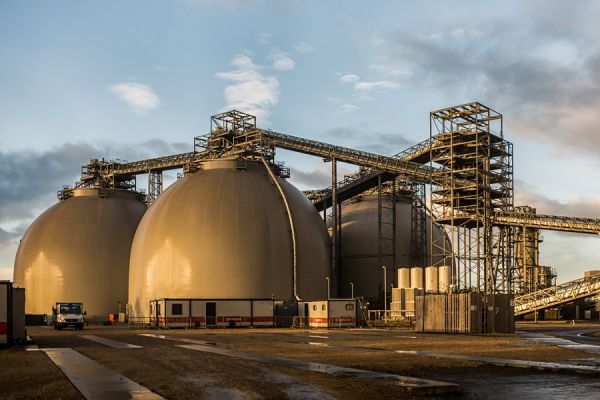