Angel of the North and the Great North Road

The Angel of the North arose alongside the Great North Road in February 1998.

The 20m high steel statue was deliberately sized and sited to be visible to those travelling at speed along the A1. It is seen by an estimated 90,000 people daily. It is a powerful symbol of Gateshead and the North East, providing resonance with the past and aspiration for the future. 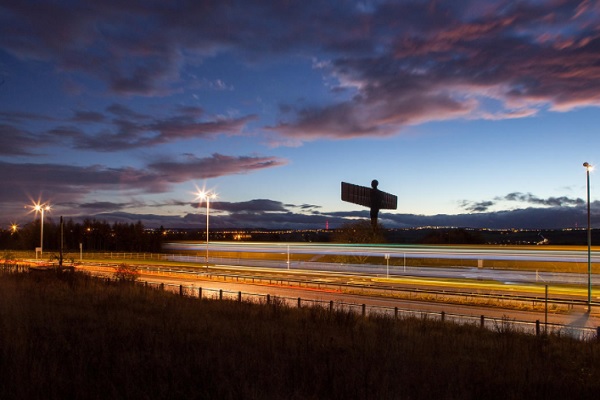 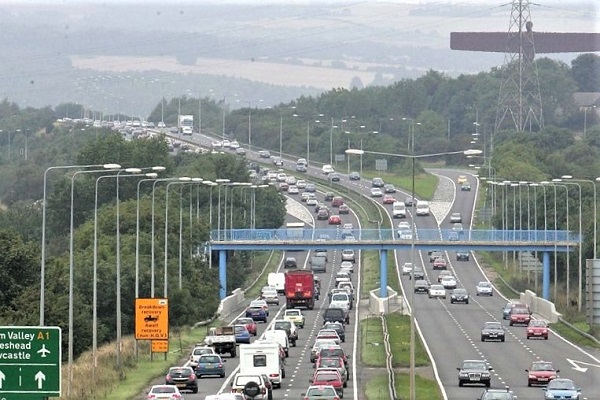 The view from the road is not always quite so idyllic, but is dramatic and unmissable. Plans in 2021 to widen the A1 and erect signalling gantries above have prompted strong debate as to how views of the Angel can be respected.

About the Angel of the North

There was much local opposition during the 1990s when plans for a giant artwork were originally proposed. The spend was considered wasteful; the location a distraction to drivers; and the chosen design ugly and oversized.

Views soon swung once the Angel was completed, and especially after it was spotted wearing an Alan Shearer Newcastle football shirt. It has been embraced by the locals and is much loved by many throughout the UK. Superlatives abound. These words are from the Sothebey’s catalogue notes for the auction in 2018 of one of Gormley’s preliminary bronze maquettes.

“By translating an emblem of religious iconography into a new icon for our contemporary era, Gormley has created a transcendental entity that stands for something greater than the sum of its construction.”

“This sculpture is integral to the immense collaborative effort that resulted in the Angel of the North, an artwork that undoubtedly stands alongside the Statue of Liberty and Rio de Janeiro’s Christ the Redeemer as one of the world’s greatest sculptural achievements.” 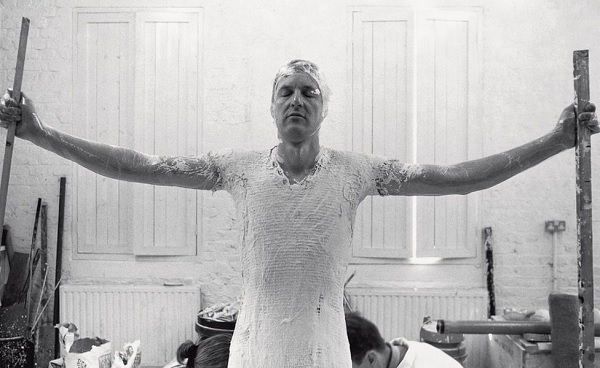 The connection to the local area and the symbology of the shape are readily appreciated by layman and art expert alike. In Gormley’s own words:

“it comes out of the closed body of the earth. It is made of iron, a concentrated earth material that carries the colour of blood. It is a carrier of the new nature: a body extended by technology, yet actually and metaphorically rooted in the earth and the compressed geology of shale and carbon that lies there”

The giant exoskeleton combines elegance, strength and resilience, while the carefully angled wings are designed to embrace.

The steel fabrication skills needed were found nearby at Hartlepool, though it took 5 hours to make the delivery to site 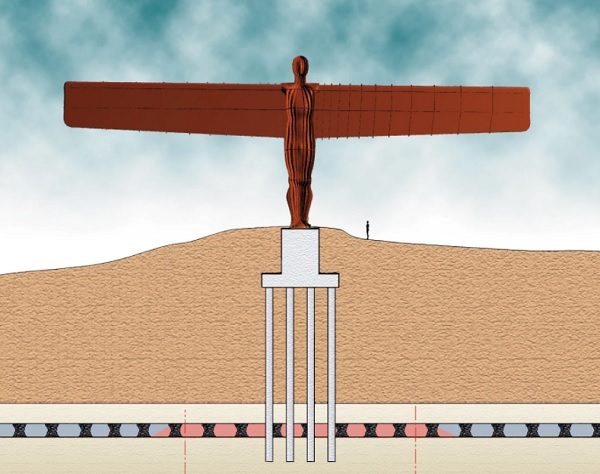 The scale of the artwork required careful structural engineering. The Angel weighs in at 208 tonnes. Down below there are 700 tonnes of concrete and 32 tonnes of reinforcing steel extending 20 metres to solid rock 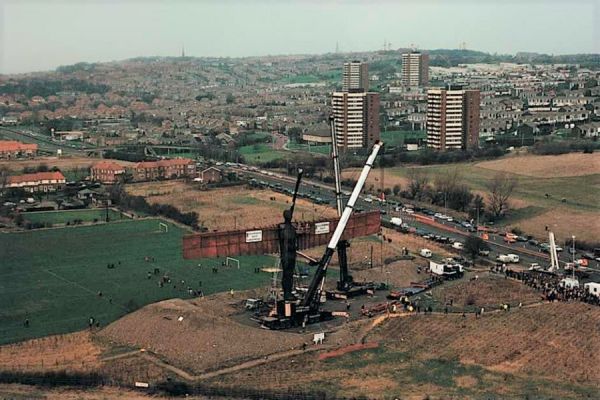 “The mound near the A1 motorway which was the designated site of the sculpture was made after the closure of the Lower Tyne Colliery, out of the destroyed remains of the pithead baths. It is a tumulus marking the end of the era of coal mining in Britain.”  www.antonygormley.com

More Information about the Angel of the North 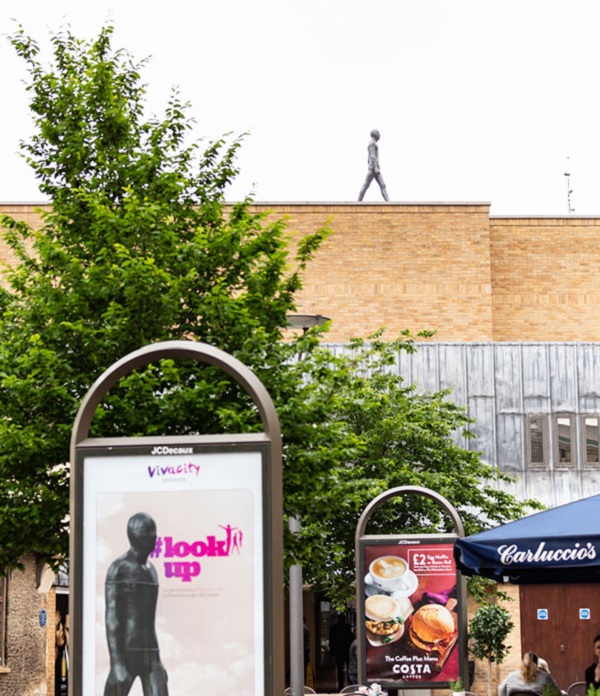 Not so easy to spot as the Angel of the North, there are more Antony Gormley sculptures dotted on the roof tops around Cathedral Square in Peterborough.